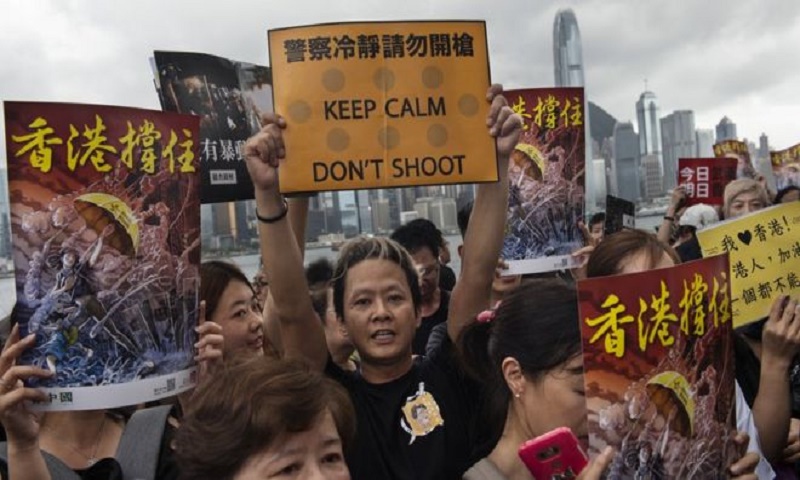 Hong Kong’s government was scheduled to meet Wednesday afternoon amid speculation that leader Carrie Lam may formally withdraw an extradition bill as protesters have demanded.
The bill allowing Hong Kong residents to be sent to mainland China for trials sparked massive protests that have rocked the city since June. Lam has suspended the bill, but protesters want it entirely withdrawn. They also want democratic reforms to Hong Kong’s government and an independent inquiry into police actions against protesters, reports AP.Pro-government lawmaker Michael Tien confirmed he was notified on Tuesday of the meeting, which includes members of the National People’s Congress and the Chinese People’s Political Consultative Conference. He said he has no details of the agenda.

Lam was elected as Hong Kong’s chief executive by a pro-Beijing committee of Hong Kong elites.

2019-09-04
Mr. Admin
Previous: Cancer now ‘leading cause of death’ in rich countries
Next: Act against anti-govt propaganda: PM to businessmen