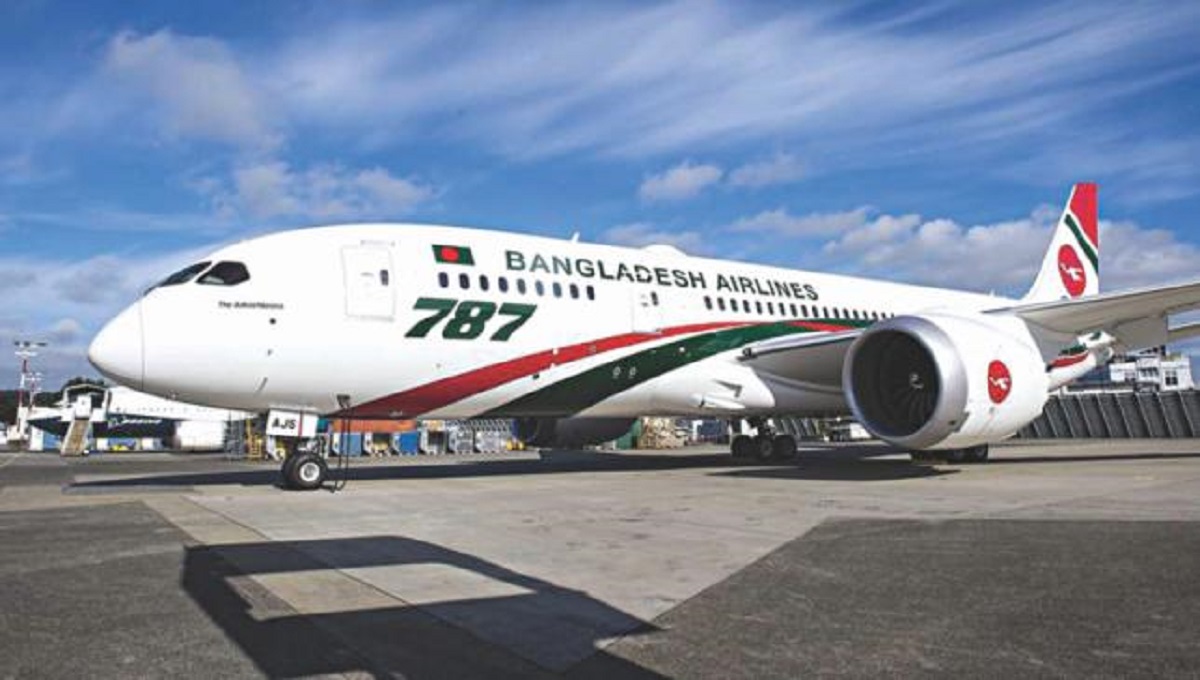 Dhaka, Sept 11 :  Biman Bangladesh Airlines is going to add the 4th Boeing 787-8 Dreamliner, ‘Rajhanso’, to its fleet on Saturday instead of Thursday.

Deputy General Manager (PR) of Biman Tahera Khondokar said the arrival of Rajhanso got delayed as Boeing, a US aircraft manufacturer, sought 48 hours more to deliver the aircraft.

She said the aircraft, which was scheduled to land at Hazrat Shahjalal International Airport on Thursday, will land on Saturday instead.

With the inclusion of the new one, the number of aircraft of the national airlines will be 16.

Biman struck a deal with Boeing in 2008 to purchase 10 aircraft from it.

The inaugural date of the 4th Dreamliner will be declared later, said Tahera.