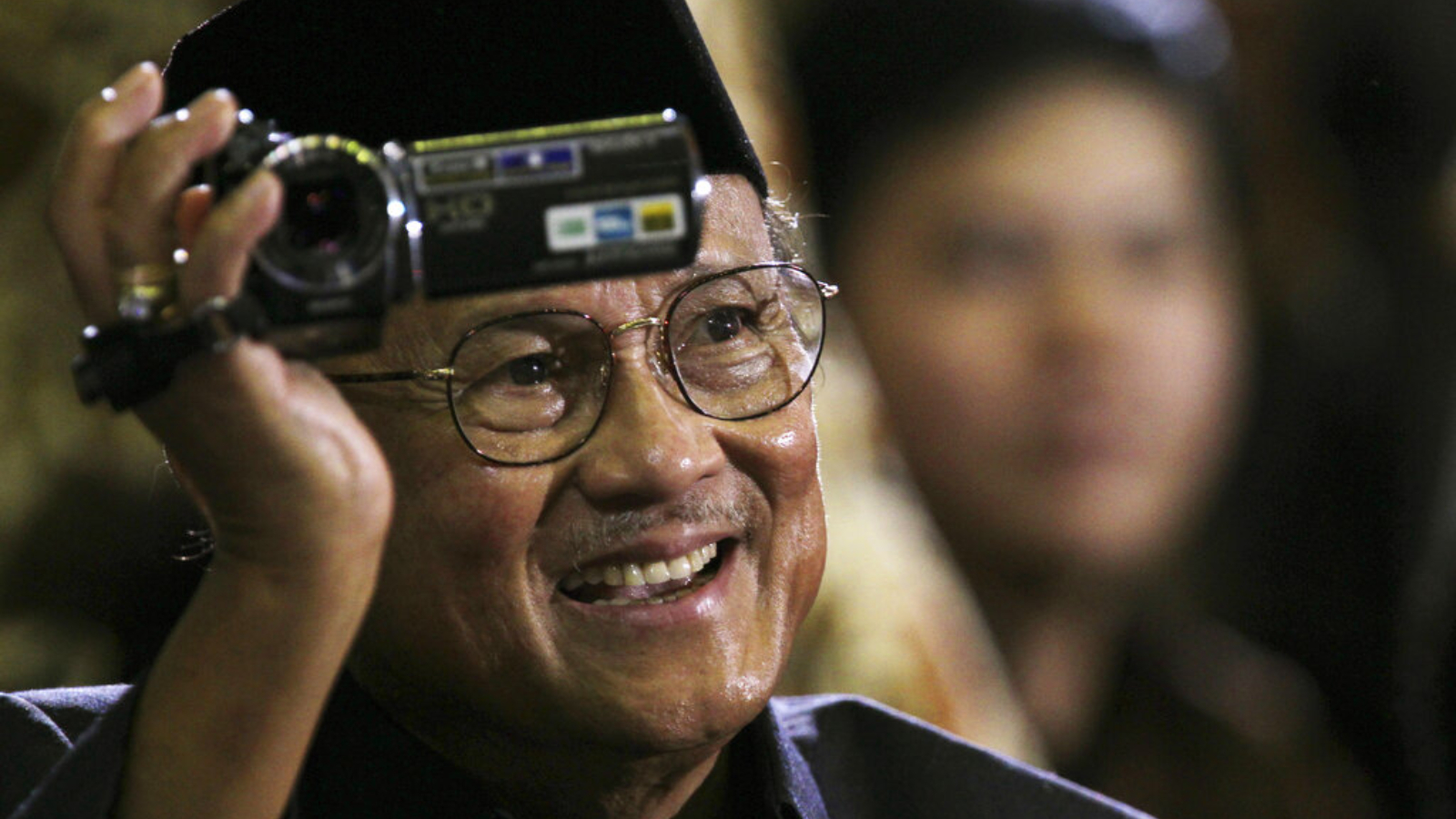 Photo: In this Nov. 10, 2010, file pool photo, former Indonesian President B.J. Habibie films the crowd as he sits in the audience to hear U.S. President Barack Obama’s speech at the University of Indonesia, in Jakarta, Indonesia.

Jakarta, Sep 11 : Former Indonesian President Bacharuddin Jusuf Habibie, who allowed democratic reforms and an independence referendum for East Timor following the ouster of the dictator Suharto, has died. He was 83.

His unpopular presidency was the shortest in modern Indonesia’s history, but was transformative.

Habibie was tapped to lead Indonesia by Suharto as the military dictator’s 32-year hold on power crumbled in May 1998 during a student uprising and a devastating economic crash. It ended after only 16 months in October 1999 when he withdrew from contention in presidential elections.

An engineer educated in Indonesia, the Netherlands and Germany, Habibie spent nearly two decades working for German aircraft maker Messerschmitt-Boelkow-Blohm, before returning to Indonesia in 1974 to help lead Suharto’s campaign to industrialize the economy.

As president, Habibie apologized for past human rights abuses and outlined an eight-point reform program “to build a just, open and democratic society.”

He ordered the release of political prisoners, dismantled restrictions on the press and reformed politics to allow for free elections.

He lifted a three-decade-old ban on the speaking and teaching of Mandarin as part of an easing of discriminatory policies against ethnic Chinese that was instituted by Suharto after his anti-communist pogroms of 1965-66.

Responding to international criticism of Indonesia’s occupation of Portugal’s former colony of East Timor, Habibie surprised Indonesians by announcing in January 1999 a plan to hold a referendum under U.N. supervision on self-determination, offering a choice between special autonomy and independence.

In 2017, the young democracy held presidential and parliamentary elections that were the first without U.N. supervision since peacekeepers left in 2012.

Despite his reforms, Habibie was unable to master the political tumult unleashed by the student uprising.

He described the bloody riots that ended Suharto’s dictatorship as “barbaric,” further alienating students who feared he was betraying their democratic revolution and staged violent protests against his presidency.

A failure to prosecute a longtime friend over allegations of massive corruption undermined his campaign to stay in power. On Oct. 20, 1999, Habibie withdrew from upcoming presidential elections.

Parliament was already moving to elect a new head of state after lawmakers rejected his “accountability” speech on the successes and failures of his months in office. Born June 25, 1936, in the South Sulawesi town of Parepare, Habibie was the fourth of eight siblings.

His father was of native Sulawesi descent and his mother a Javanese noblewoman from the ancient sultanate of Yogyakarta. His wife, Hasri Ainun Habibie, a medical doctor, died in 2010.