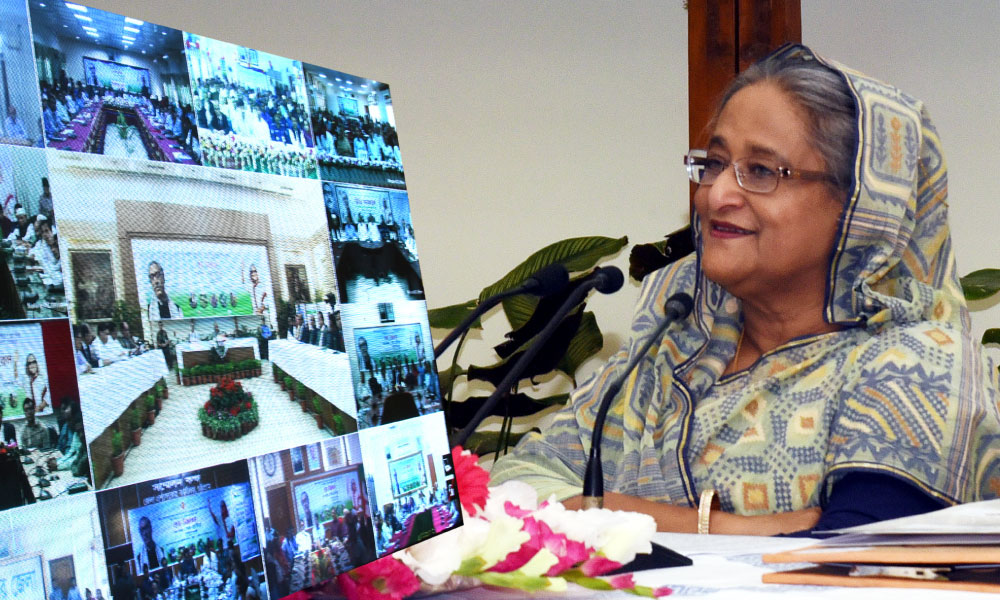 Prime Minister Sheikh Hasina on Wednesday inaugurated four power plants that added 435.4 megawatts (MWs) of electricity to the country’s national grid.
The premier also opened eight 33/11 KV GIS substations along with the power plants through a videoconferencing from her official Ganabhaban residence in the capital this afternoon.

The eight substations are – Godnail, Mandalpara, Dapa of Fatullah, and Nandalalpur of Fatullah in Narayanganj and Shahjahanpur, Mugdapara, Banosree of Rampura and Zahir Raihan Road of Shahbagh in Dhaka.

The 10 upazilas which came under cent percent power coverage are – Goraghat in Dinajpur, Matlab Dakkhin in Chandpura and Sadar, Pachbibi and Akkelpur in Joypurhat, Paba in Rajshahi, Sadar and Rupganj in Narayanganj, Haripur in Thakurgaon and Companiganj in Noakhali.

According to officials of the power ministry, a total of 340 upazilas in the country have so far been brought under cent percent electricity coverage.

PM’s Principal Secretary Dr. Md Nojibur Rahman moderated the function while Power Division Senior Secretary of Ministry of Power, Energy and Mineral Resources Dr Ahmad Kaikaus gave an overview on the overall development in the power sector.As many as 93 per cent people have been brought under electricity coverage as the country achieved capability of producing over 22000 MW electricity.

The prime minister later exchanged views with the people of the concerned districts.