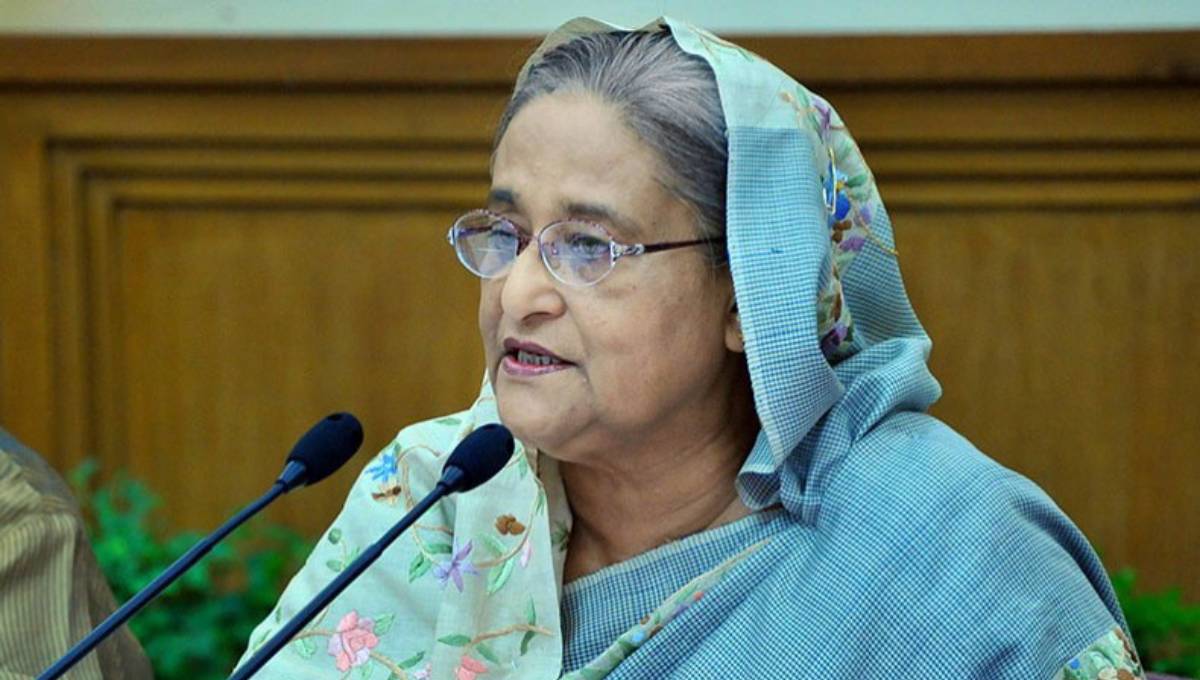 Sarda (Rajshahi), Sept 15 : Prime Minister Sheikh Hasina on Sunday asked the police to ensure the welfare, peace and security of people as they are ‘the police of the people’.

“You are the police of the people, it’s your responsibility to ensure their welfare, peace and security,” she said.

The Prime Minister was addressing the passing-out parade of the 36th BCS batch of assistant superintendents of police (ASPs) at the Bangladesh Police Academy here.

She also asked the police officials to build themselves as the ‘friends of people when they are in danger’. “You must discharge your duties sincerely.”

Sheikh Hasina said her government has advanced the country and is working to take it forward further. “We’ll build the country as Golden Bangladesh as dreamt by the Father of the Nation. So, it’s essential to ensure peace and security.”

The Prime Minister instructed the new ASPs have to perform their duties with utmost honesty, sincerity and devotion to uphold the glorious role of the members of the Bangladesh Police played during the Great War of Liberation and fulfill the expectations of people.

The Prime Minister took salute and inspected the parade.

She distributed medals among Mohammad Salahuddin, Mohammad Khairul Kabir, Saiful Islam Khan and Mohammad Abdullah and for their outstanding performances in different fields of the course.