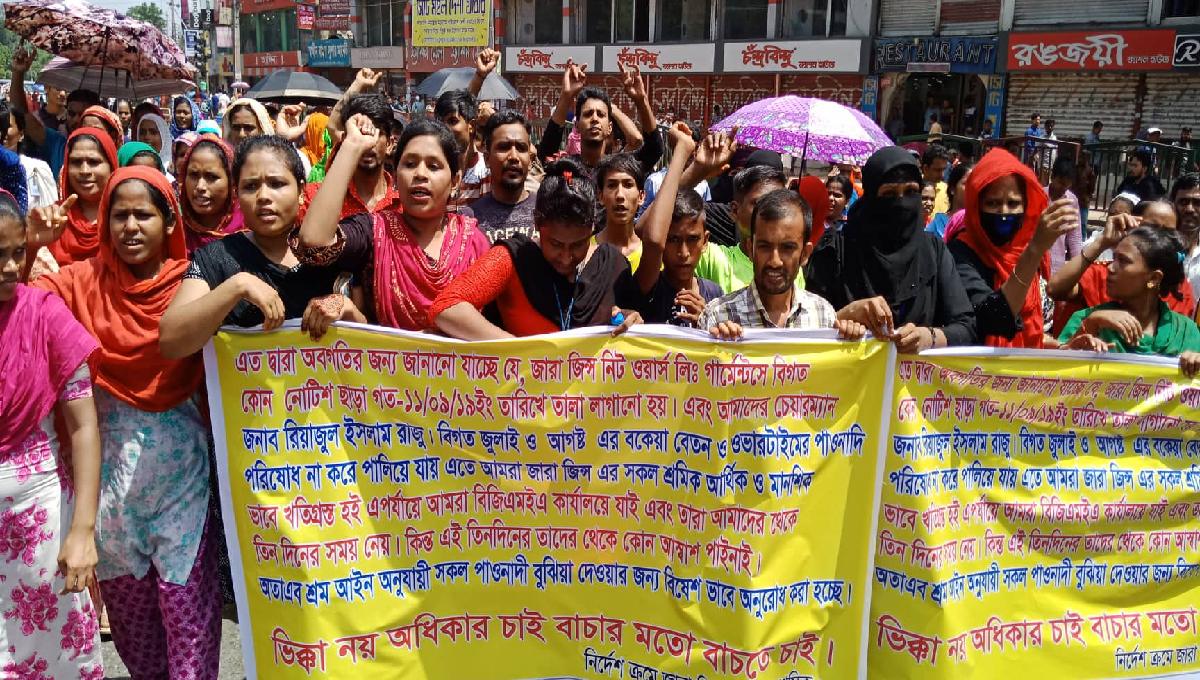 Dhaka, Sept 15 : Traffic in the city’s Mirpur area remained suspended since Sunday morning as the workers of a RMG factory are staging demonstrations demanding that their wages and dues be cleared immediately.

Salauddin Mia, officer-in-charge of Shaha Ali Police Station, said several hundred workers of ‘Zara Jeans Factory’ took to the streets and put up barricades in front of Sony Cinema Hall around 9:20 am.

Vehicular movement in Mirpur-1area came to a complete halt due to the blockade, causing immense sufferings to commuters.