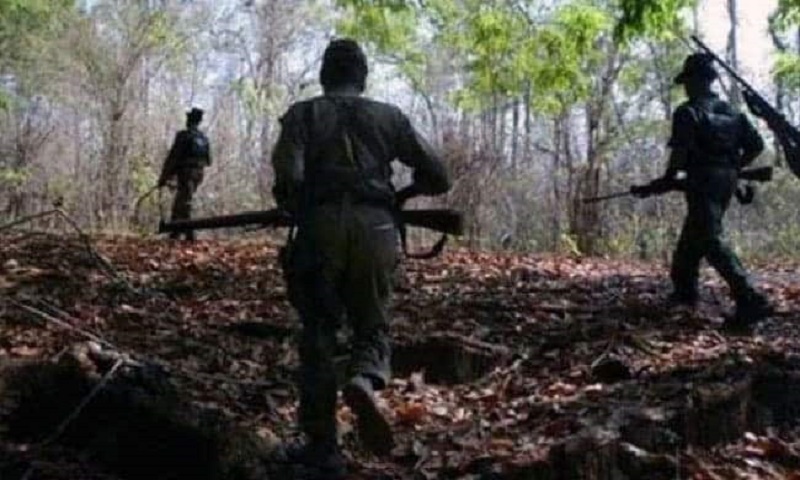 Six Maoists were killed in three separate encounters with the police in Chhattisgarh’s Bastar region on Friday night and Saturday, the officials said.
The encounters took place in Sukma, Bijapur and Dantewada districts.Three rebels were killed in Sukma district on Saturday evening.

Security forces of District Reserve Guard (DRG)  recovered bodies of three ultras, an Insas rifle and other arms and ammunition from the spot, reports PTI.

One Maoists was killed in Bijapur district earlier in the morning.

A .315 bore rifle was recovered from the spot.

On late Friday night, two Maoists, carrying cash rewards on their heads, were killed in an encounter with security forces in Dantewada district.

After a brief exchange of fire, the Maoists escaped. The bodies of two rebels were found later.They were identified as Lachu Mandavi and Podiya, both members of the Malangir area committee of the Maoists, the police said, adding that they were carrying cash rewards of Rs. 5 lakh each on their heads.

Security forces have stepped up combing operations in interior parts of Dantewada in view of by-election to Dantewada Assembly constituency on September 23 following the death of BJP MLA Bhima Mandavi in a Maoist attack in April.