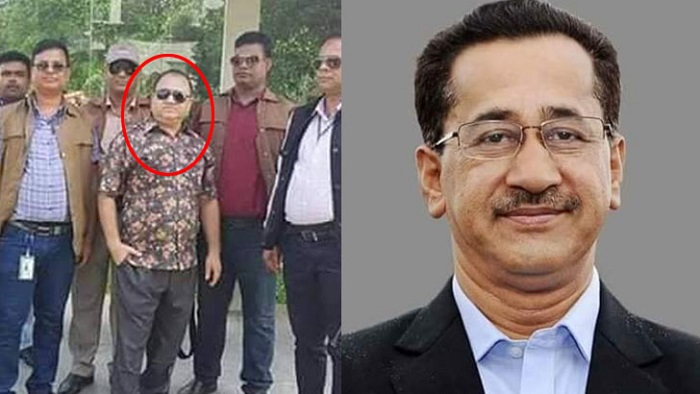 Awami Jubo League (JL) chairman Omar Faruque on Friday said that detained leader GK Shamim doesn’t belong to his organisation.
“GK Shamim is none of Jubo League. Our organisation has no relation with him. He is a vice president of Awami League,” he said.

He made the claim while talking to media after SM Golam Kibria Shamim alias GK Shamim was detained with hundreds of crores of taka, foreign currencies, foreign liquor and firearms during a raid at his office in the capital’s Niketan area this afternoon.According to media reports, Shamim is cooperative affairs secretary of the JL as well as vice president of Awami League (AL) Narayanganj district unit.

On information, he started his political career as an activist of Jatiyatabadi Jubo Dal, youth front of Bangladesh Nationalist Party (BNP).

Shamim, once a close associate of BNP leader Mirza Abbas, was a vice president of the Jubo Dal central committee.

Later, when the AL came to power in 2009 through the 2008 general election, he started to change his colour and joined AL youth wing Jubo League using his influence of money and arms men.