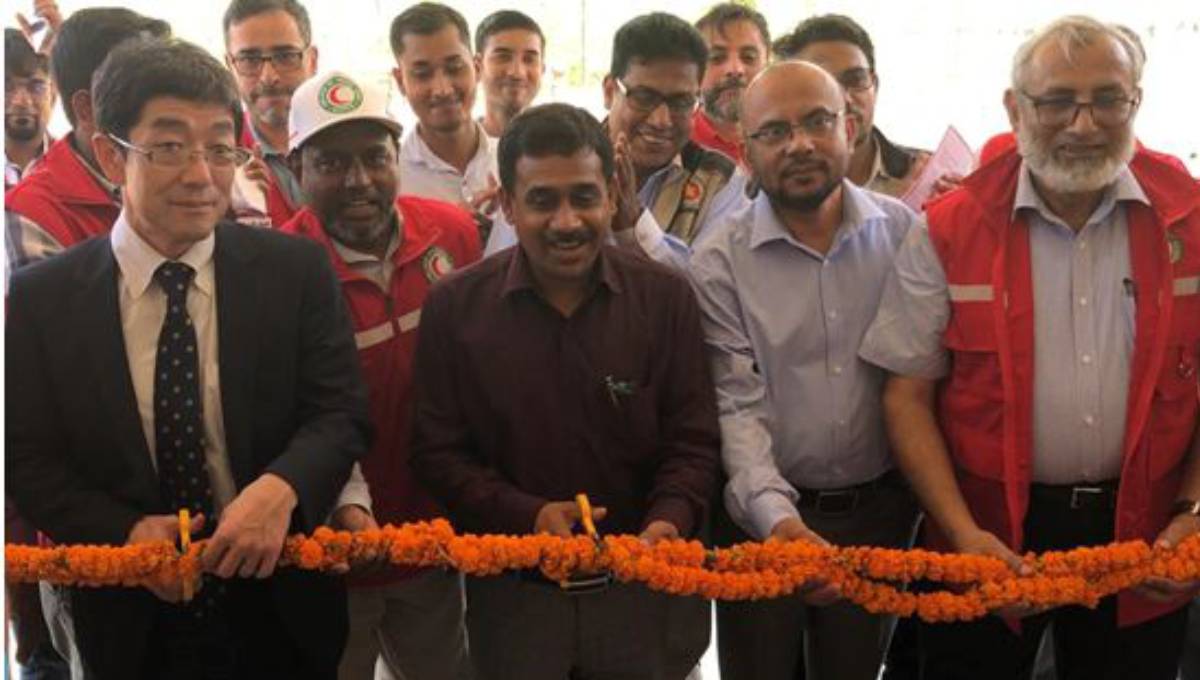 BDRCS was awarded the grant of $73,694, which is approximately Tk 5.8 million for the project to construct one healthcare center in camp 12 at Ukhiya, said the Japanese Embassy in Dhaka on Wednesday.

Hiroyuki Yamaya, Charge d’Affaires ad interim of Japan to Bangladesh attended the opening ceremony of the project of the Primary Health Care Clinic on Monday at Kutupalong Rohingya camp in Cox’s Bazar.

The project was implemented by the BDRCS with the support of the government of Japan through Grant Assistance for Grassroots Human Security Projects (GGHSP).

BDRCS, in association with Japanese Red Cross Society (JRCS), has been providing medical services to the people from Camp 12 since October 2017.

But due to infrastructure and hill slope weakness, the center is reconstructed with GGHSP grant while hill slope reinforcement has been supported by JRCS.

After completion of the construction, BDRCS now will be able to serve at least 32,200 patients annually.

Japan has supported 193 NGO projects through its Grant Assistance for Grass-roots Human Security Projects (GGHSP) since 1989 with the view to enhance economic and social human security in the grass-roots levels, said the Embassy.

The total sum of these GGHSP grants extended to NGOs in Bangladesh to date amounts approximately to $ 14.95 million, it said.

Fuel price will be reduced once it falls in global market: Hasan