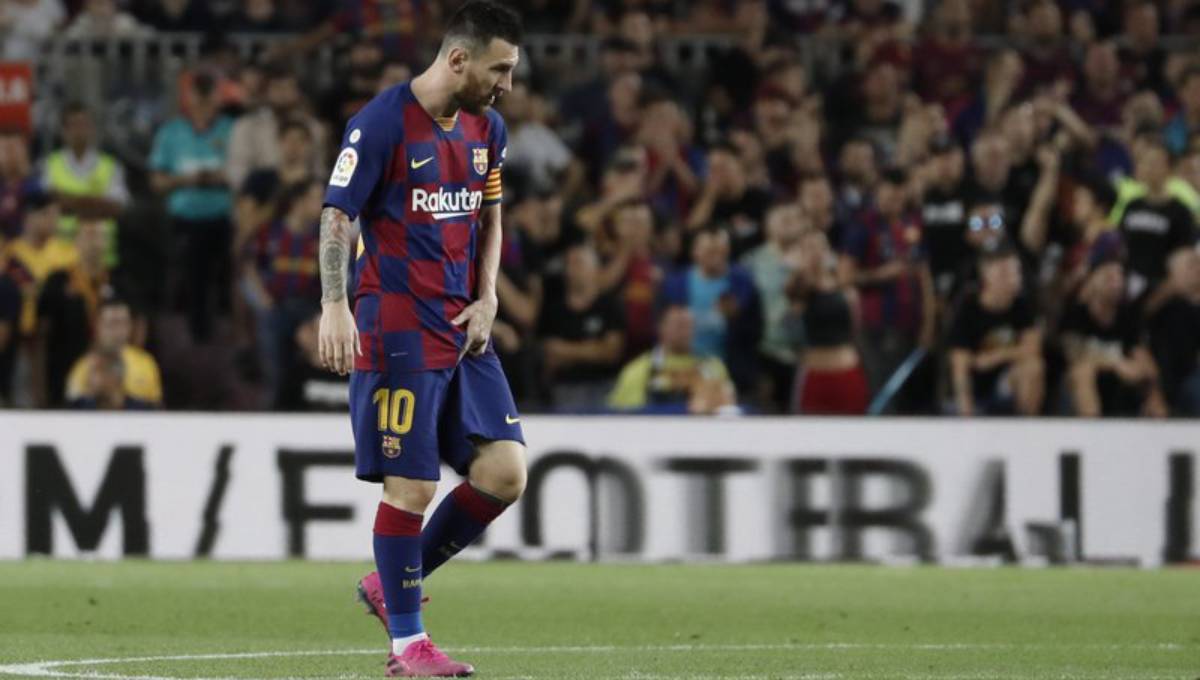 Madrid, Sept 25 : Lionel Messi and Antoine Griezmann gave a glimpse of what the duo can achieve for Barcelona, but the partnership didn’t last long because of another injury to Messi.

The Argentina star set up Griezmann’s opening goal in the 2-1 win over Villarreal at Camp Nou Stadium on Tuesday, but then had to be replaced at halftime of his first start after a long injury layoff.

Messi, who on Monday won his sixth FIFA player of the year award, didn’t return for the second half because of an apparent left leg muscle problem.

“When something happens to Messi, it seems that the world comes to a halt,” Barcelona coach Ernesto Valverde said. “But it looks like it’s only some minor pain in his abductor (muscle). We replaced him as a precaution. We don’t want to take any risks.”

Barcelona did not immediately give an official medical report on Messi’s problem.

The victory helped Barcelona rebound from two recent setbacks and move to fourth place in the league standings, one point behind leader Granada, which earlier Tuesday drew 1-1 at Valladolid. Athletic Bilbao and Real Madrid have the same 11 points as Granada, but both teams have a game in hand.

Barcelona lost 2-0 to Granada on Saturday, and was held 0-0 by Borussia Dortmund last week in its first Champions League match of the season.

Griezmann opened the scoring with a header from a cross by Messi in the sixth minute for his third goal since joining Barcelona in the offseason.

“We are still far from our best, but with time, as we play more matches, we will keep improving,” Griezmann said.

Arthur added to the lead with a powerful shot from outside the area in the 15th, and Cazorla pulled one back for the visitors in the 44th, also from long range.

Messi hurt his left leg less than half an hour into the match. The playmaker left the field and doctors attended to his leg for few minutes before he eventually returned and finished the half.

Messi was replaced by Ousmane Dembele, who has also been injured and made his first appearance since the league opener.

“We stayed alive until the end but couldn’t come up with we equalizer,” Cazorla said. “We played well, but unfortunately we leave without any points.”

Barcelona has conceded at least once in all six league games. Its three victories have come at home — against Real Betis, Valencia and Villarreal. It drew at Osasuna and lost the opener at Athletic Bilbao.

Also Tuesday, Real Betis came from behind to defeat Levante 3-1 at home, moving to ninth in the 20-team standings.

U-19 World Cup : Big win for Bangladesh against Canada

Shakib, Mushfiq, Mustafiz in ICC ODI team of the year