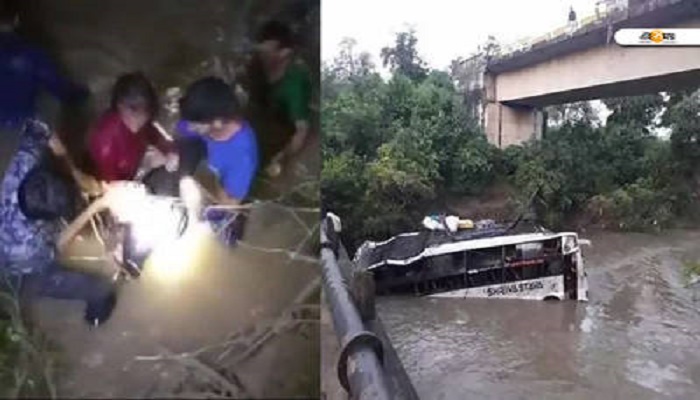 Six persons were killed and 18 injured when a private bus fell into a flooded river near Raisen in Madhya Pradesh of India in the wee hours of Thursday, an official said.
The incident took place around 1.30 am, at a spot about 40 km from the state capital Bhopal.The Chhattarpur-bound bus which had started from Indore fell into the Richhan river, Raisen district collector Uma Shankar Bhargava told PTI.

Eleven of the injured persons were sent to Bhopal for treatment while seven were admitted to the district hospital, he added.

The bus was probably speeding and fell off the bridge after breaking its side-wall as the driver lost control, he said.

The river is in spate following continuous rains, the collector added.