Winning start for Bangladesh in SAFF U-15 Women’s Championship 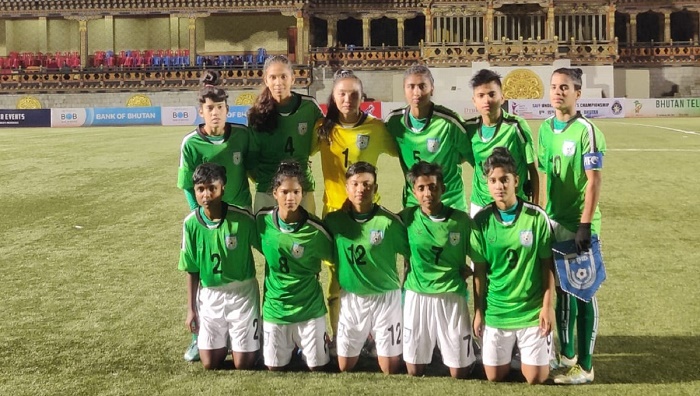 The Bangladesh U-15 girls’ soccer team got off to a winning start as they blanked host Bhutan by 2-0 goals in their opening match of SAFF U-15 Women’s Championship held today (Wednesday) at Changlimithang Stadium in Thimphu, Bhutan.
In the day’s match, Shaheda Akter Ripa opened an account for Bangladesh scoring the first goal in the 22nd minute while Rozina Akter sealed the victory scoring the second goal for her team in the 31st minute of the match.

The girls’ in red and green, who are targeting to regain the title, will play their second match against Nepal on Friday (October 11) before playing their last match against India on October 13.The tournament will be in round-robin format for the first time. The top two teams will play in the final slated for October 15.

Bangladesh won all their three matches to become champions in the inaugural edition but lost to India with a solitary goal in the final of the last edition held in Bhutan.

U-19 World Cup : Big win for Bangladesh against Canada

Shakib, Mushfiq, Mustafiz in ICC ODI team of the year