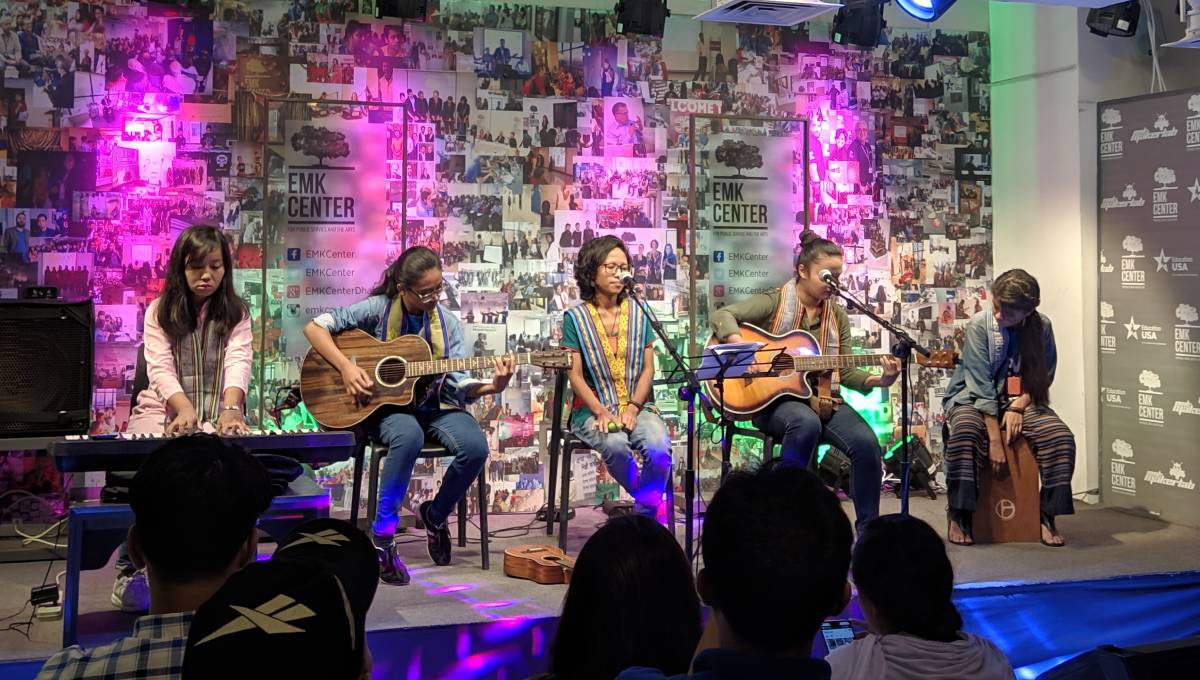 The band performed several songs, including indigenous songs of Hajong, Garo, Marma and Tripura communities, at the event.

They also performed several of their Bengali compositions including the much acclaimed ‘Jongla Phool’.