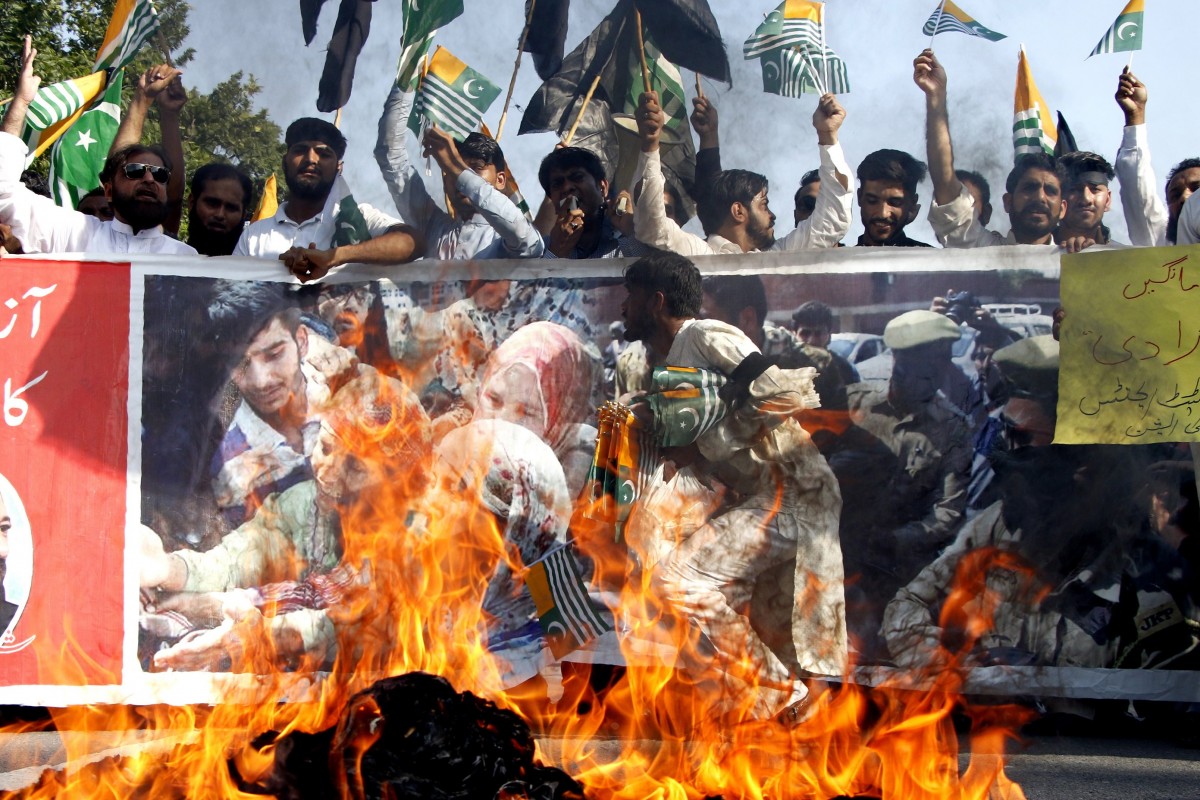 Col. Rajesh Kalia, an Indian army spokesman, said three Indian civilians were also injured in the Pakistani firing. Kalia called it an “unprovoked” violation of a 2003 cease-fire accord between India and Pakistan.

Pakistan’s military later said in a statement that “unprovoked cease-fire violations” by Indian troops killed three civilians and one soldier and wounded another five civilians and two troops across the highly militarized Line of Control that divides Kashmir between Pakistan and India.

India and Pakistan have a long history of bitter relations over Kashmir, which is divided between the rivals but claimed by both in its entirety. The renewed fighting comes amid an ongoing lockdown in Kashmir that was put in place after India stripped the region of its semi-autonomy in early August.

Since then, soldiers from the two nations have regularly engaged in cross-border shelling and firing along their de facto frontier in Kashmir, where rebel groups are fighting for the territory to be united either under Pakistani rule or as an independent country. In the past, each side has accused the other of starting the hostilities in violation of the 2003 accord.

India accuses Pakistan of arming and training anti-India rebels and also helping them by providing gunfire as cover for incursions into the Indian side. Pakistan denies this, saying it offers only moral and diplomatic support to Kashmiris who oppose Indian rule.

Rebels have been fighting Indian rule since 1989. Nearly 70,000 people have been killed in the armed uprising and the ensuing Indian military crackdown.

On Aug. 5, India’s Hindu nationalist-led government stripped Kashmir of its semi-autonomous status and imposed a strict crackdown, sending in tens of thousands more additional troops to the region, which is already one of the highest militarized zones in the world. India has arrested thousands of activists and separatist leaders in the days leading up to and after the revoking of Kashmir’s special status.

More than two months later, the region remains under a communications blockade. Authorities have restored landline and some cellphone services, but the internet remains suspended.