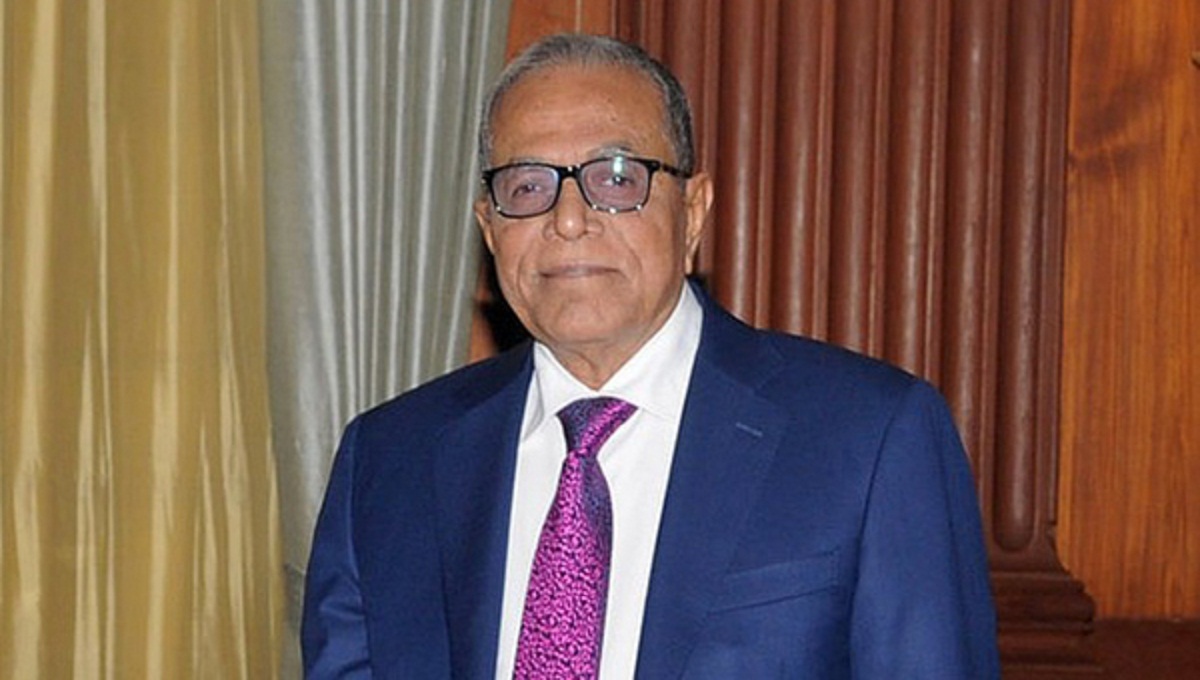 During his tour to Japan, the President will attend the enthronement ceremony of the new Japanese emperor, his Press Secretary Md Joynal Abedin told UNB.

A regular flight of Singapore Airlines carrying the President and his entourage took off from Hazrat Shahjalal International Airport for Singapore at 1:35pm.

President’s spouse Rashida Khanom and officials concerned of the Bangabhaban are accompanying him during the trip.

The flight will land at Singapore Changi International Airport at 7:30pm local time.

After over a three-hour stopover in Singapore, the President will leave for Japan by another Singapore Airlines flight at 10:50pm local time.

The flight is scheduled to reach Haneda International Airport in Tokyo at 6:45am (local time) on Monday.

Bangladesh Ambassador to Japan Rabab Fatima will receive the President at the airport.

During his stay in Tokyo, Abdul Hamid will attend the enthronement ceremony of new Japanese Emperor Naruhito and Empress Masako at the State Hall of Imperial Place at 1:30pm (local time) on Tuesday (October 22).

According to media reports, the Japanese emperor is set to proclaim his enthronement in a centuries-old ceremony to be attended by some 2,000 people, including heads of state and other dignitaries, from more than 170 countries.

Emperor Naruhito, 59, acceded to the throne in May last after his father Akihito became the first monarch in two centuries to abdicate. He is the 126th monarch according to Japan’s traditional order of succession.

Abdul Hamid will also attend the banquet to be hosted by Japanese Prime Minister Shinzō Abe at Hotel New Otani.

On the second leg of his two-nation tour, the President will visit Singapore on October 25-27 on his way back home.

He is expected to return home on October 27.