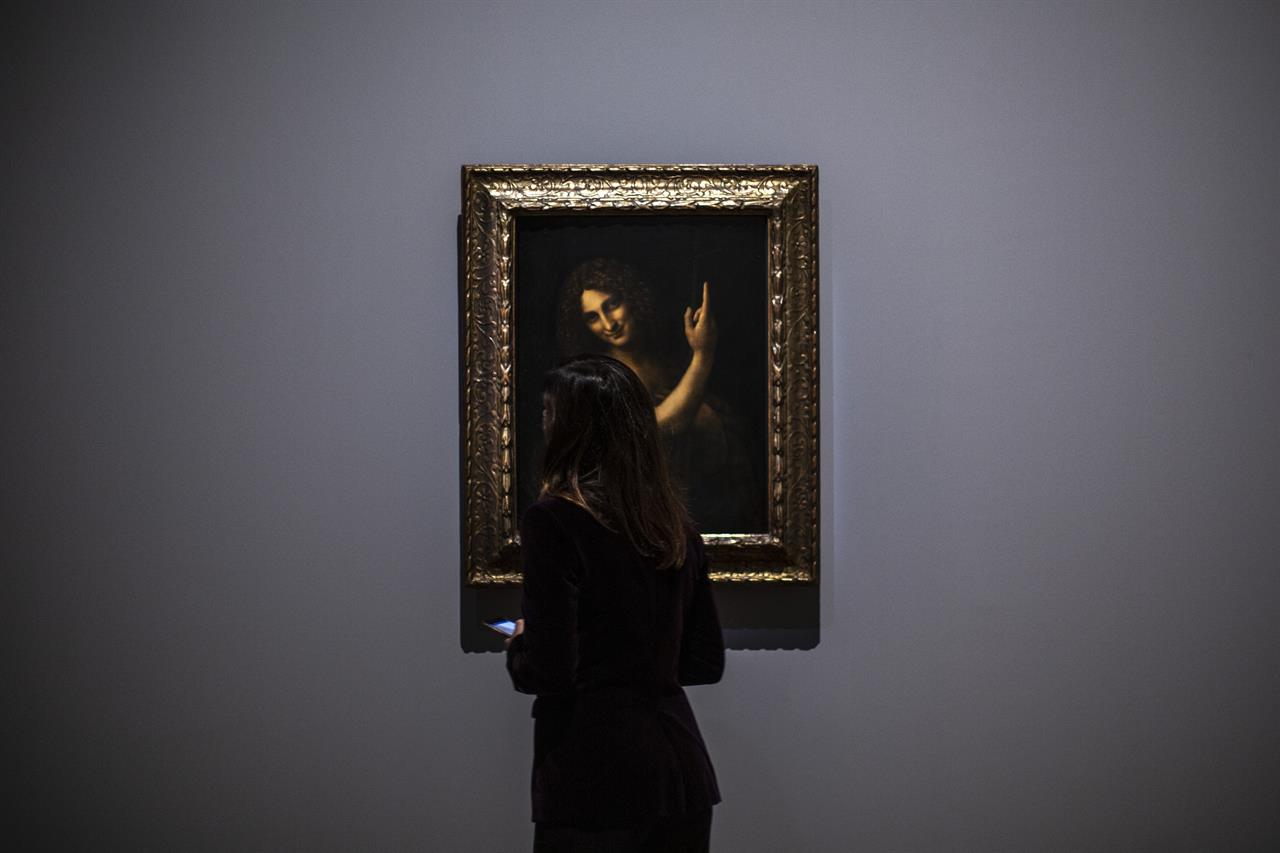 Paris, OCT 22 : Much about Leonardo Da Vinci remains an enigma: the smile of the “Mona Lisa”; why the world’s most famous painter left so many works unfinished; and more recently, who bought the contentious “Salvator Mundi.”

A new exhibit at the Louvre, however, opening Thursday and marking the 500th anniversary of the Italian master’s death, tries to sketch out as complete a picture of the artist and thinker as possible.

Drawing from the Louvre’s permanent collection and institutions around the world, the exhibit brings together some 160 works. They include Da Vinci masterpieces, dozens of studies and scientific sketches, and pieces by other artists in Da Vinci’s orbit. Visitors can also experience a virtual reality portion of the exhibit that delves into the story behind the “Mona Lisa.”

“We wished, in order to pay homage to the artist, to be able to show the entirety of Leonardo Da Vinci’s career and his development and to explain, ultimately, the sense of his life,” curator Vincent Delieuvin told The Associated Press.

The exhibit runs through Feb. 24, 2020. Visitors must reserve tickets online in advance, and the Louvre said it has already pre-sold 220,000 tickets as of Monday morning.

More than 10 years in the making, the project began when Louis Frank, the exhibit’s other curator, translated a Renaissance-era Da Vinci biography to round out existing knowledge about the painter’s life. That biographical emphasis is evident in the exhibit’s design, which traces the artist’s trajectory from his apprenticeship with Florentine sculptor Andrea del Verocchio to his death in France in 1519.

With a whole room devoted to his scientific pursuits, it seeks to capture the quest for knowledge and perfection of a man Delieuvin called “a universal genius.”

“Leonardo Da Vinci, he is one of those rare men, those personalities who fascinate us, because he was universal,” Delieuvin said. “He had an interest in all aspects of nature, we all see ourselves in his personality.”

“Mathematicians, geometry specialists, doctors, artists, everyone sees a part of themselves in Leonardo,” he added.

Several of Da Vinci’s completed paintings will be on display, including “La Belle Ferronniere” and “The Virgin and Child with Saint Anne.” The “Mona Lisa” will remain in its case, upstairs. Visitors will be able to see “Portrait of a Musician” on loan from the Vatican and “Benois Madonna” from St. Petersburg, among other works the Louvre borrowed for the occasion.

Some pieces proved more difficult to obtain. The “Vitruvian Man,” Da Vinci’s famous drawing of the ideally proportioned male figure, arrived in France from Venice’s Accademia Gallery only days before the exhibit’s opening.

Italian heritage group Our Italy tried to block the loan, saying the drawing was too fragile to be moved. An Italian court originally suspended the loan before ruling last week that it could travel to France for eight weeks. In exchange, the Louvre will lend several works by Raphael to Rome next year.

The dispute fanned the flames of a broader debate about Da Vinci’s legacy and Italian national identity.

“A Leonardo Da Vinci exhibit is very difficult to do, since Da Vinci has become a symbol,” Delieuvin said, calling it “natural” that some museums are reluctant to lend pieces from their collections.

“I assure everyone that the French have never appropriated Leonardo Da Vinci,” he said. “Leonardo is a genius who is evidently Italian, he was entirely formed in Italy, and he would not have become Leonardo Da Vinci in France.”

Another, still-absent piece has also drawn significant attention. The Louvre put out a call for the “Salvator Mundi” but has yet to receive the painting, which sold to an anonymous buyer for a record-breaking $450 million in 2017.

It’s unclear where the painting is, but speculation abounds that Saudi Crown Prince Mohammed Bin Salman is its new owner. Art experts, meanwhile, remain divided over whether Da Vinci in fact painted the work.

For now, a variation of “Salvator Mundi” created in Da Vinci’s studio hangs in the Louvre exhibit. Delieuvin said he does not know who owns the original, but he’s holding out hope it will be sent over.

Delieuvin has said the Louvre will withhold judgment on its provenance until they have the painting in hand.