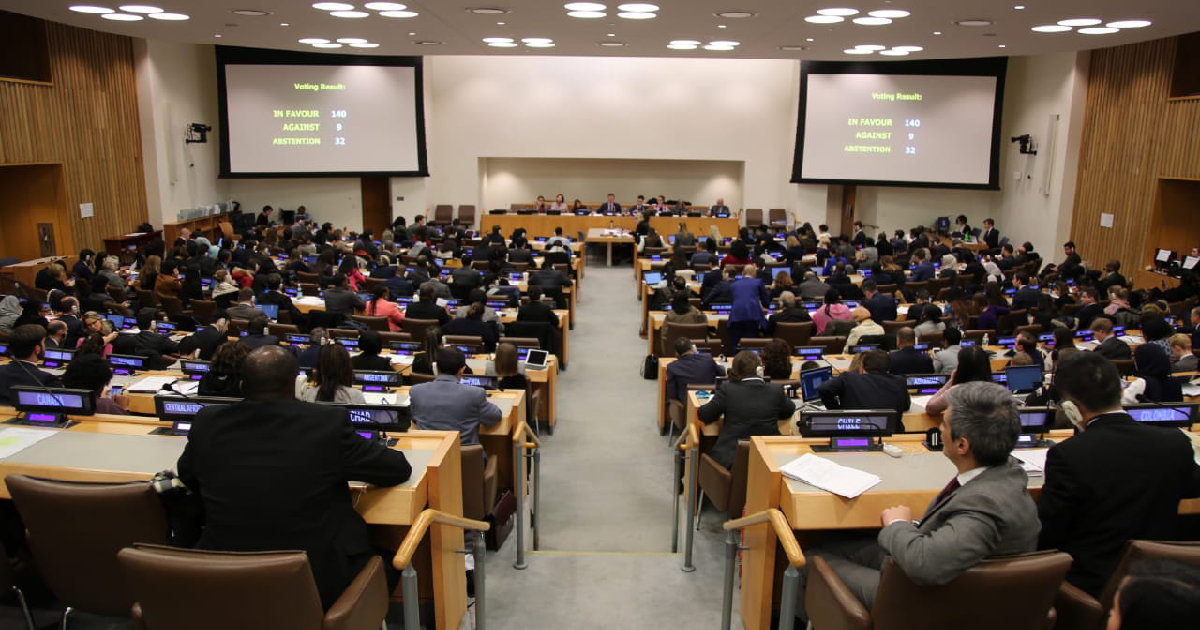 A resolution on situation of human rights of Rohingya Muslims and other minorities in Myanmar has been adopted at the Unites Nations (UN).

Bangladesh thanked all the member states, particularly to the members of the OIC and EU, for the support extended in the adoption of this resolution.

“We look at this resolution not as a typical country specific resolution. We see it as a symbol of ‘custodianship’ of the international community to facilitate voluntary repatriation of the Rohingyas to their place of abode in Rakhine in safety, security and dignity through a bilateral process,” Bangladesh said in a statement after adoption of the resolution by the third Committee of the 74th UNGA on Thursday at the UNHQs, New York.

Bangladesh said an “early and sustainable” solution to the Rohingya crisis would be in the best interest of all concerned.

It said such a solution would relieve Bangladesh of the huge burden it is bearing presently.
Permanent Representative of Bangladesh to the UN Masud Bin Momen said creating conducive environment is the key factor as the Rohingyas told the world repeatedly and this resolution emphasizes that point.

“We expect that this resolution will keep Rohingya’s hopes afloat till we have a definitive dispensation from the Security Council in the form of a resolution,” he said.

The Ambassador said the resolution also strongly puts forth certain actions to address the crimes committed by the Myanmar security and armed forces against the Rohingyas and the issue of ‘justice and accountability’.

He said this might help restore trust and confidence among the Rohingyas. “To this end, we appreciate the lodging of a case at the ICJ by the Gambia and ongoing efforts at the ICC.”

Ambassasor Masud said accountability remains crucial as a confidence building measure to enable sustainable repatriation. “We expect that this resolution would also pave the way for different accountability mechanisms being pursued by the international community.”

He said it is encouraging to note the positive elements that the resolution contains.

“We thank all the delegations for the constructive approach with which they engaged during the negotiations.”

Bangladesh said they are confident that with all their understanding and support and through the overwhelming show of solidarity for the cause of Rohingyas that they just expressed through the adoption of the resolution, they would be able to resolve the repatriation issue.

2019-11-15
Mr. Admin
Previous: Onion being rotten in some places but not going to market: PM
Next: For Obama and Patrick, a long friendship and political bond