8 dead amid protests in Bolivia 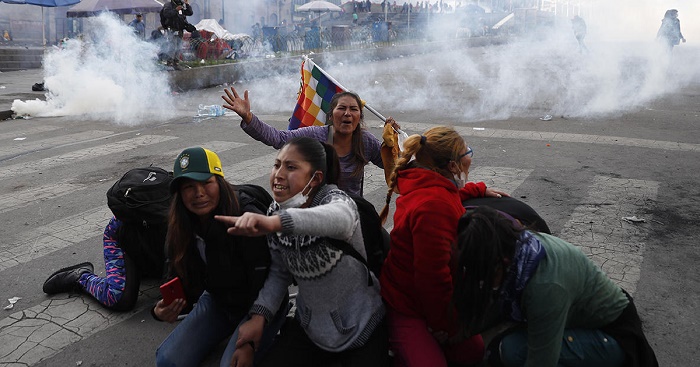 At least eight people died after the police and military forces clashed with protestors on Friday in the Bolivian city of Sacaba, Cochabamba department, local authorities reported on Saturday.
“We have eight confirmed dead; we’re highly concerned by the number of dead,” the department’s ombudsman Nelson Cox told Xinhua over phone. “Additionally, 132 people were injured, according to the investigation. They had mostly been shot.”

Coca leaf farmers in the area and supporters of Evo Morales clashed with authorities who used force to quell the protest.Bolivia has been plagued by anti-government protests since Morales won a fourth presidential term in the Oct. 20 elections. The opposition refused to recognize his victory, claiming there was electoral fraud.

Morales announced his resignation on Nov. 10 after the military demanded his departure. He arrived later in Mexico, which offered him the political asylum.

Supporters of Morales have mobilized across various regions of Bolivia since Tuesday to demand the resignation of Jeanine Anez, leader of the interim government supported by the opposition, as well as the return of Morales, and respect for “the Wiphala,” a tricolor square emblem and the symbol of the Andean indigenous community which also acts as the dual flag of Bolivia.