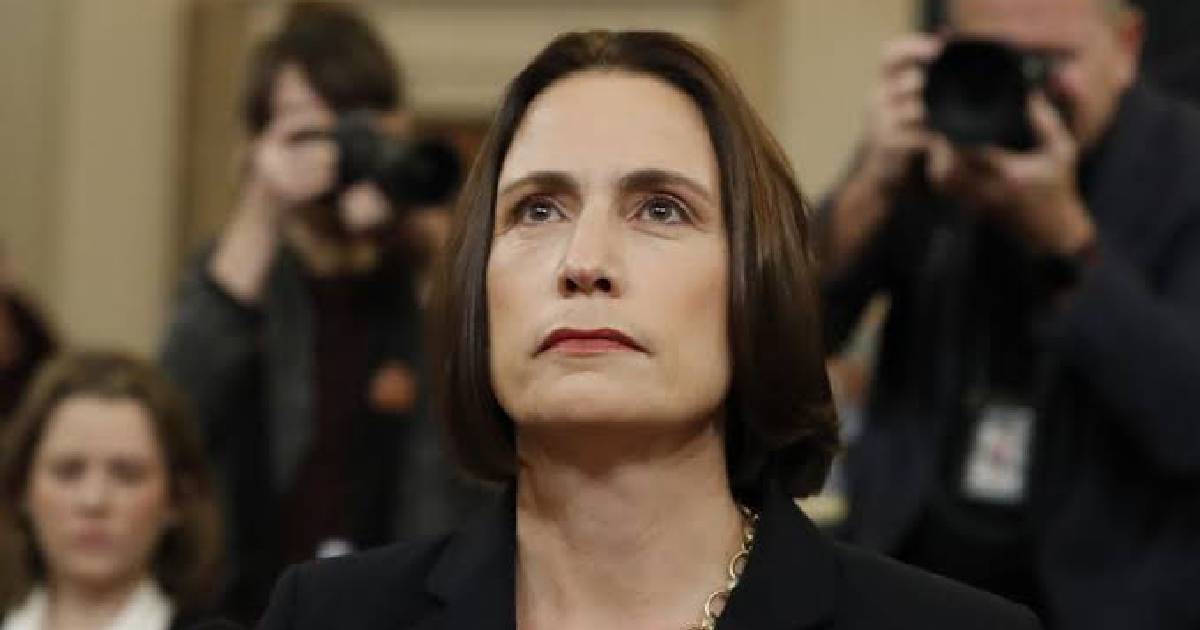 They heard the measured testimony of career diplomats and the mind-boggling account of a first-time ambassador who declared he was in charge of President Donald Trump’s Ukraine policy. On Thursday, House impeachment investigators got straight talk from Fiona Hill, a no-nonsense former White House national security adviser who was alarmed by what she saw unfolding around her.

Hill, who speaks rapid-fire and in the distinctive accent of the coal country of northeastern England where she grew up, testified about what she witnessed inside the White House as two men — Ambassador to the European Union Gordon Sondland and Trump’s personal lawyer Rudy Giuliani — carried out the policy of an unconventional president.

She is a distinguished Russia analyst who took a break from the think-tank world to serve as a national intelligence officer from early 2006 to late 2009. She took another leave from the Brookings Institution in early 2017 to join the National Security Council at the start of the Trump administration, a decision that raised eyebrows at the time.

Hill built her reputation on her insights into Russian President Vladimir Putin and her clear-eyed view of the threats posed by Russia, yet she went to work for a president who discounted Russian election interference and appeared to believe in Putin’s good intentions.

In closed-door testimony last month, Hill testified that she spent an “inordinate amount of time” at the White House trying to coordinate with Sondland, whose donation to Trump’s inauguration preceded his appointment as ambassador to the EU. On Thursday, she said it dawned on her while watching Sondland’s testimony the day before that he wasn’t coordinating with her because their missions had diverged. Hill said Sondland “was being involved in a domestic political errand, and we were being involved in national security foreign policy.”

Sondland testified Wednesday that Trump and Giuliani sought a quid pro quo with Ukraine, and that he was under orders from the president to help make it happen. He said Trump wanted Ukrainian President Volodymyr Zelenskiy to announce investigations of Democrats before he would agree to welcome him at the White House. As the push progressed, Trump also held up nearly $400 million in military aid that Ukraine was counting on to fend off Russian aggression.

Hill’s authoritative testimony appeared to flummox Republicans defending Trump. After she shared her new reading of Sondland in the afternoon session, few asked her further questions and instead used their time to make their own points.

In her closed testimony, she described Sondland as a counterintelligence risk because of his use of a personal cellphone, including in Ukraine, where the networks are easily hacked by Russia.

Sondland called Trump on his cellphone from a restaurant in Kyiv on July 26, the day after Trump had spoken with Zelenskiy. David Holmes, a U.S. diplomat in Kyiv, was sitting across the table and said he overheard Trump ask whether the Ukrainian president was going to do the investigations and Sondland tell him that he would. Holmes also testified on Thursday.

Unlike Sondland, who explained discrepancies in his testimony by saying he doesn’t take notes, Hill is a meticulous note-taker. She says it was a habit she learned from the first grade because her town was so poor that pupils didn’t have textbooks.

In her opening statement Thursday, she said her working-class accent would have impeded her in England in the 1980s and 1990s, but her poor background has never set her back in America, where she has lived since earning her doctorate at Harvard. She said her father, a coal miner since the age of 14, had dreamed of immigrating to the U.S. and always wanted someone in the family to make it to the country he saw as a “beacon of hope in the world.” Hill became an American citizen in 2002.

She was asked about a story she tells friends from when she was 11, when a boy in her class set one of her pigtails on fire while she was taking a test. She extinguished the fire with her hands and finished the test. Hill said she tells the story because of its “unfortunate consequences.” Afterward, her mother gave her a bowl haircut, and she “looked like Richard III.”

Hill left the administration about a week before the July 25 call in which Trump asked Zelenskiy to investigate his Democratic rival Joe Biden, Biden’s son and a discredited conspiracy theory that Ukraine, not Russia, interfered in the 2016 election. She learned the details only when the White House released a rough transcript in September and said she was shocked.

“I sat in an awful lot of calls, and I have not seen anything like this,” she said.

But the call did not come out of the blue. It was an outgrowth of a July 10 meeting of U.S. and Ukrainian officials at the White House that Hill witnessed and described to lawmakers in vivid detail.

Hill said Sondland “blurted out” that he and Trump’s acting chief of staff, Mick Mulvaney, had worked out a deal for Ukraine’s president to visit the White House in exchange for opening the investigations. Her boss, national security adviser John Bolton, “immediately stiffened” and ended the meeting.

When Sondland led the Ukrainians to a room downstairs in the White House to continue the discussions, Bolton sent Hill to “find out what they’re talking about.” As she walked in, Sondland was trying to set up the meeting between the two presidents and mentioned Giuliani. Hill cut him off.

She reported back to Bolton, who told her to tell an NSC lawyer what she had heard and to make clear that “I am not part of whatever drug deal Sondland and Mulvaney are cooking up on this.”

Sondland on Wednesday pushed back on Hill’s account. He said he doesn’t remember the meeting being cut short and denied that by carrying out Trump’s Ukraine policy he was engaging in “some kind of rogue diplomacy.”

Hill testified that she was frustrated by Sondland, particularly over his casual use of cellphones. He not only used his to call Trump and foreign officials, but he was also giving out her number as well. Officials from Europe would appear at the gates of the White House and call her personal phone, which was kept in a lockbox. She would later find messages from irate officials who had been told by Sondland that they could meet with her.

She is sensitive to security risks. While writing a book on Putin published in 2013, she said her phone and Brookings’ computer system were repeatedly hacked.

During her deposition, Hill’s temper flared when asked about conspiracy theories, including those espoused by Trump and his allies, seeking to deny Russia interfered in the 2016 presidential election. The reason she joined the Trump administration, she said, was because the U.S. is “in peril as a democracy” as a result of interference by Russians and others.

She said Thursday that the questions so unnerved her that she devoted much of her opening statement to addressing the Russia threat.

Hill said the theory that Ukraine, not Russia, was responsible for the 2016 election interference “is a fictional narrative that has been perpetrated and propagated by the Russian security services themselves.”

And the Russians are gearing up to repeat their interference in the 2020 election. “We are running out of time to stop them,” she said. “In the course of this investigation, I would ask that you please not promote politically driven falsehoods that so clearly advance Russian interests.”