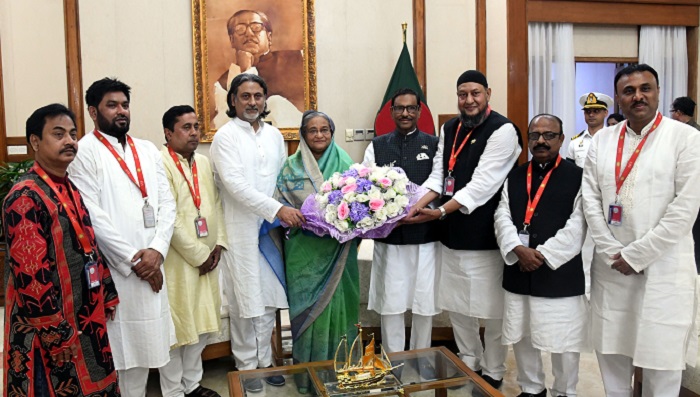 During the time, Sheikh Hasina, also the president of Bangladesh Awami League (AL), wished their success in running the organisation.AL General Secretary Obaidul Quader and ex-Jubo League general secretary Harun-or-Rashid were present on the occasion.

Parash and Nikhil have been made new chairman and general secretary respectively of Jubo League, youth wing of Awami League, for the next three years.

Parash, the eldest son of Jubo League founder Sheikh Fazlul Huq Moni, was elected unopposed during the 7th national congress of Jubo League held at the historic Suhrawardi Udyan in the capital yesterday.