Don’t compromise with principles for personal gains: President to teachers 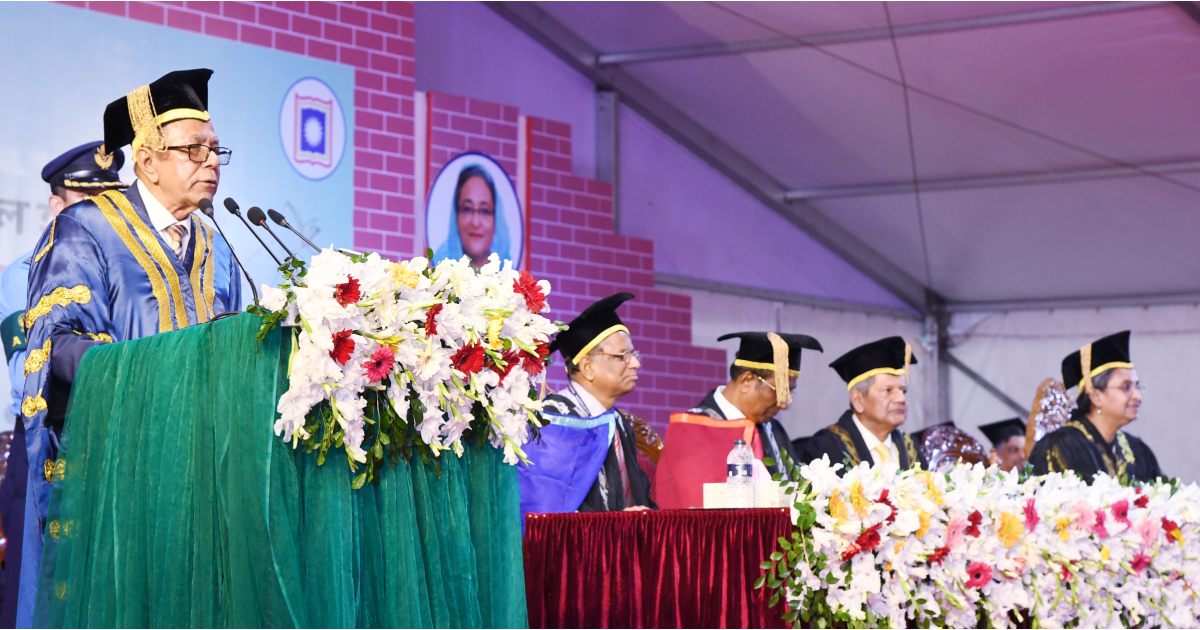 President Abdul Hamid on Saturday called upon teachers not to compromise with their ideals and principles for personal gains and having recruitment to lucrative positions in the administration.

“A teacher must be a symbol of ideals and principles. As the Chancellor, I get shocked seeing all the reports published in various media these days,” the President said.

In different universities, he said, teachers are busy lobbying for various positions in the administration without attending the regular activities in their universities during his speech at the 11th Convocation of Rajshahi University held at RU’s Sheikh Kamal Stadium in the afternoon.

President and RU Chancellor Abdul Hamid presided over the function.

He said many teachers even do not hesitate to use their students for their personal gain. The president expressed his disappointment at the fact that students and teachers have forgotten about their ideal relationship and now involved in transactions of mutual interest.

“This is highly shameful and disgraceful,” Abdul Hamid exclaimed.

The President reminded the teachers of their role and what people expect from them. As people see teachers at the highest level of dignity and respect, Abdul Hamid warned them not to compromise with principles and ideals for personal gain.

The President asked the teachers to uphold their dignity and they should take the responsibility so that personal interests cannot destroy ideals and ideology.

“You’re very much aware politically. Political ideology and thoughts can be different from one person to another. But it must be ensured so that the negative effects do not fall on institutions or students,” he said.

Terming the graduates the most worthy human resources of the country, the President said the future development and progress of Bangladesh depend on them.

“Your knowledge, talent and wisdom will be the main driving force for development,” Hamid told the new graduates.

He asked them to always uphold truth and justice as graduates from the highest institution of the country while stopping corruption and wrongdoings driven by morality.

Describing graduates as conscious citizens of the state, he called on them to remain careful so that conscience is never defeated.

He also reminded them that the people of this country paid for their education and therefore they owe a debt of gratitude. “It’s time to pay off that debt. If you can benefit the country and people with your talents, deeds and honesty, that debt will be repaid, anyway.”

Hamid asked the new graduates not to forget their country and its people, no matter where they reside in this planet.

Six other graduates also registered their names for post-graduation, MPhil and PhD degrees while 511 for MBBS and 123 for BDS degrees at the convocation.

Remain prepared as Covid-19 situation may worsen in winter: PM