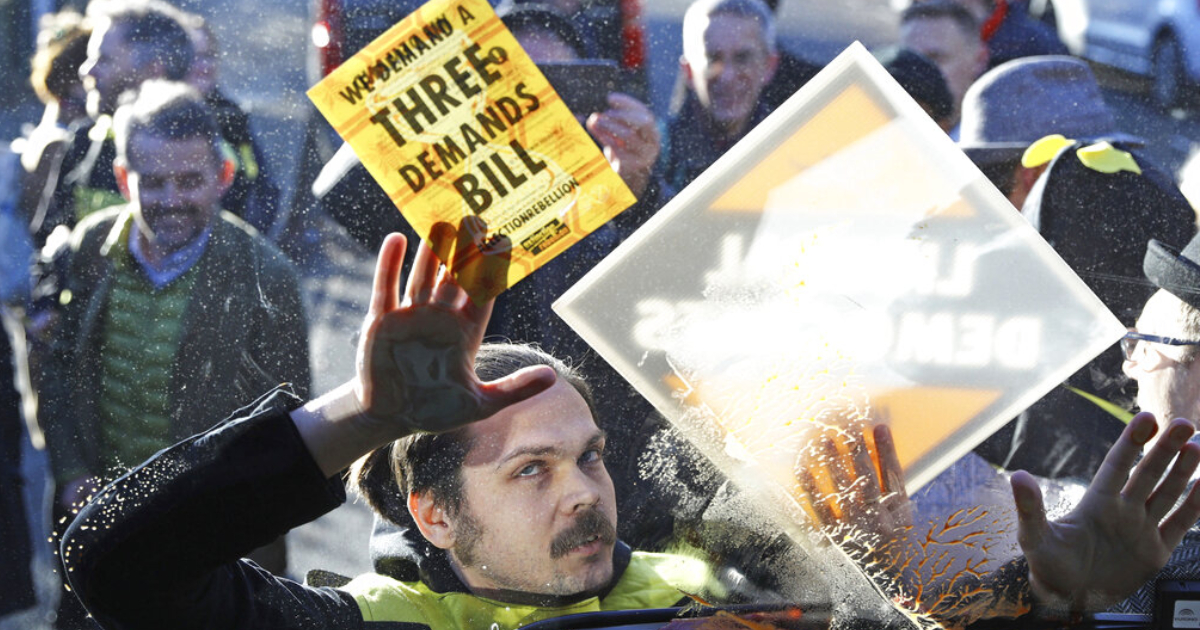 Environmental pressure group Extinction Rebellion protesters are dressed as bees and glue themselves to the front of Liberal Democrats Party bus carrying party leader Jo Swinson, during a visit to a youth centre in London, while on the General Election campaign trail, Wednesday Dec. 4, 2019. Photo: AP

Extinction Rebellion says six of its activists have targeted the U.K. election campaign bus of the Liberal Democrats including one protester dressed as a bee who glued himself to the windshield.

Pete McCall said Wednesday he used super glue to attach himself to the bus which was on a swing around south London.

The group says it wants the “climate and ecological emergency” put at the top of the agenda of the Dec. 12 election.

Some activists dressed as bees to call attention to the decline in the bee population.

Liberal Democrat leader Jo Swinson said the campaign bus is electric and is a “fairly environmentally friendly form of transport.”

She said she recognizes that the climate emergency is an important election issue in the election.

2019-12-04
Mr. Admin
Previous: SA Games: Gold-winning athlete Priya hospitalised with head injury
Next: Drinking too much tea? How it can affect your health