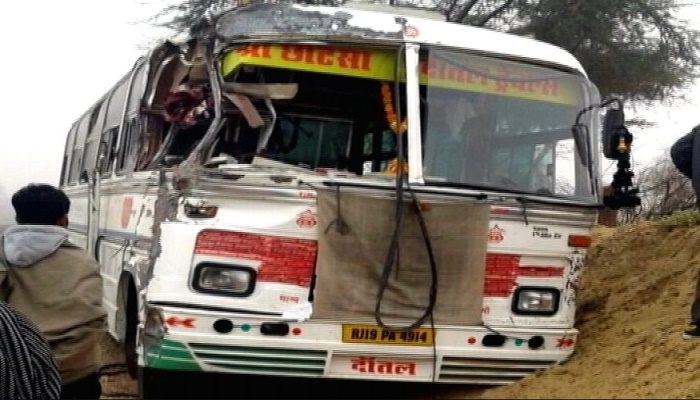 At least 12 people were killed while 10 others suffered injuries in a head-on collision between a private bus and a truck near Rewa city in Madhya Pradesh of India on Thursday, reports Times of India.
The accident took place near Gud Bypass at around 7am.

The injured people have been admitted to a hospital while a rescue operation is underway at the accident spot.Considering the impact of the collision between the two vehicles, the death toll might increase, police said.