Shooter among 4 dead in gunfire at Florida naval base 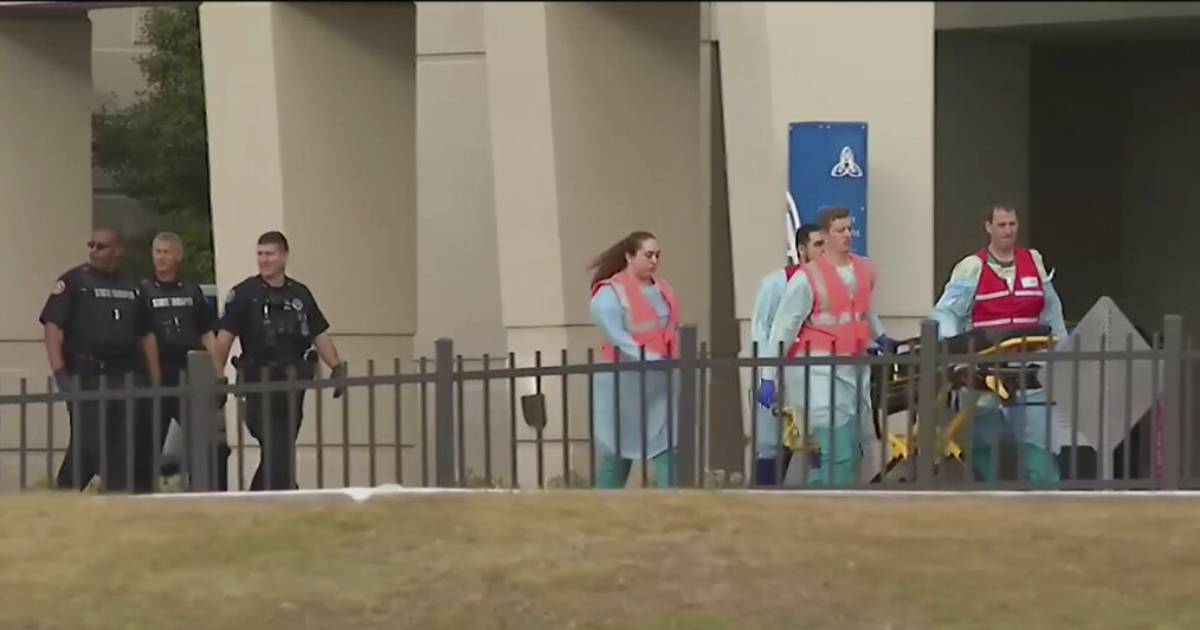 Photo: This photo taken from video provided by WEAR-TV shows emergency responders near the Naval Air Base Station in Pensacola, Fla., Friday, Dec. 6, 2019.

A shooter opened fire in a classroom building at the Naval Air Station in Pensacola on Friday morning in an attack that left four people dead, including the assailant, and multiple people wounded. The shooting — the second at a U.S. Navy base this week — prompted a massive law enforcement response and a lockdown at the base.

Eleven people were shot all together, including two sheriff’s deputies who were the first to respond, one of whom killed the shooter, Escambia County Sheriff David Morgan said. One of the deputies was shot in the arm and the other in the knee, and both were expected to recover, he said.

Morgan would not say if the shooter belonged to the military and said he did not want to speculate on whether the shooting was terrorism-related.

The base remained closed until further notice and those still on base would remain there until it was safe to evacuate, said commanding officer Capt. Timothy Kinsella Jr.

NAS Pensacola employs more than 16,000 military and 7,400 civilian personnel, according to its website. One of the Navy’s most historic and storied bases, it sprawls along the waterfront southwest of downtown Pensacola and dominates the economy of the surrounding area.

Escambia County Commissioner Jeff Bergosh, who works at the Naval Air Station as a civilian contractor, told the Pensacola News Journal he was in line to go through the gate Friday morning when it was shut down due to the active shooter report.

The shooting is the second at a U.S. naval base this week. A sailor whose submarine was docked at Pearl Harbor, Hawaii, opened fire on three civilian employees Wednesday, killing two before taking his own life.