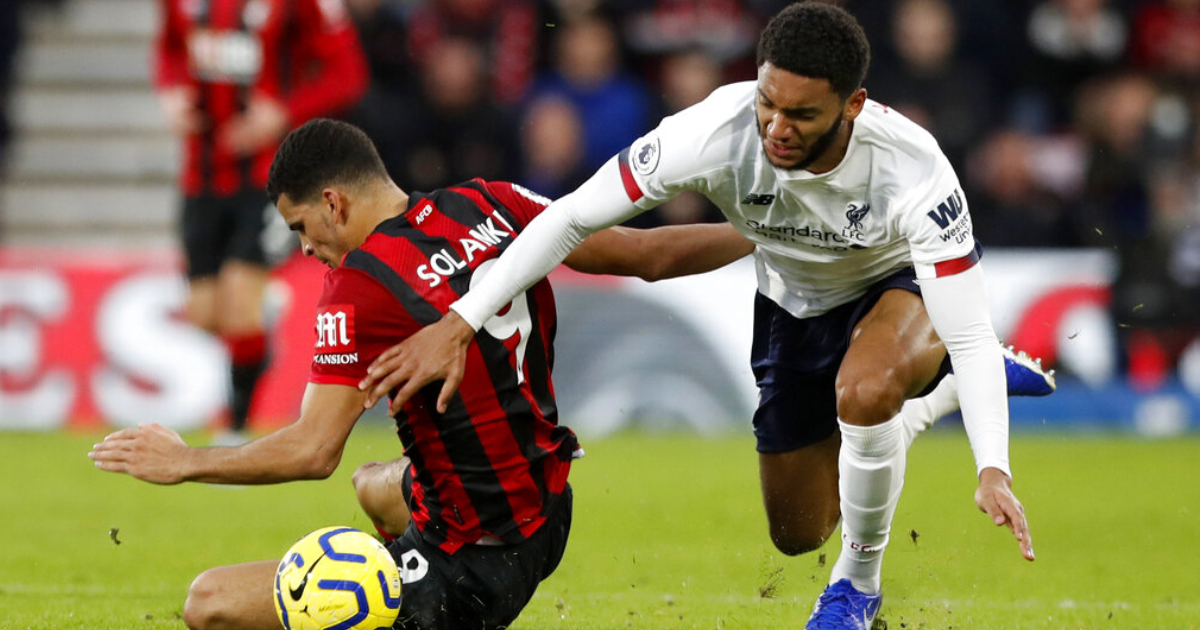 The three goals came in the space of just 19 minutes either side of halftime, with Alex Oxlade-Chamberlain and Naby Keita netting before the break.

The move that led to the opener in the 35th minute started with Liverpool goalkeeper Alisson Becker.

After receiving the ball from his goalkeeper via Dejan Lovren, midfielder Henderson deceived Bournemouth center back Chris Mepham with a long, diagonal pass. That allowed Alex Oxlade-Chamberlain to volley his sixth goal of the season beyond goalkeeper Aaron Ramsdale.

There was a blow with Lovren forced off injured before the lead was extended.

Keita, making his first league start of the season, received the ball from Salah’s back-heel before taking a touch and calmly prodding past Ramsdale from 10 yards (meters) out.

Calamitous home defending led to the result being put beyond doubt just nine minutes into the second half.

Inexperienced center back Jack Simpson gave the ball away to Keita. The Guinea international then advanced to slip in Salah, who raced away from Mepham to roll home past Ramsdale and atone for a close-range miss in first-half stoppage time.

Liverpool’s lead at the Premier League summit will be reduced again to eight points if Leicester beats Aston Villa on Sunday.