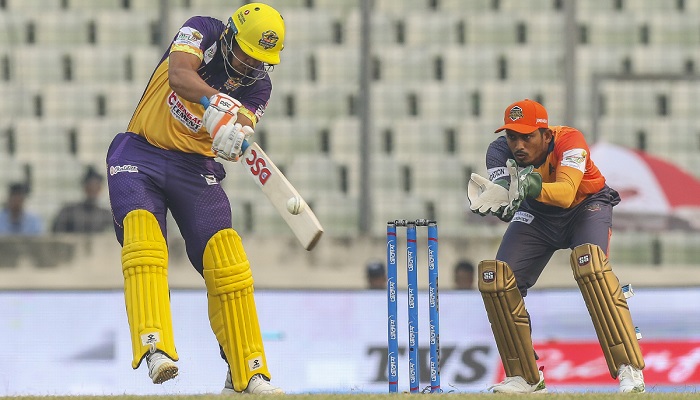 In reply, Rajshahi Royals chased down the target scoring 136 for one in 18.2 overs.Royals made a good start as their opener Hazratullah Zazai of Afghanistan pairing with Liton Das contributed 62 runs in the opening stand to make a good foundation of their innings.

Zazai remained unbeaten on 56 off 47 with five fours and three sixes while Shoaib Malik scored run-a ball 36 with three fours and one six.

For Dhaka Platoon, national opener Tamim Iqbal again failed to impress the spectators in the match.

After the World Cup 2019, Tamim played only four games- three ODIs in Sri Lanka and one First-class game in the National Cricket League. So it was important for him to make good knock in BPL, but the southpaw failed to do so.Anamul Haque Bijoy was the best batsman for Dhaka hitting 38 off 33 balls with one four and two sixes, Jaker Ali hit 21 off 19 with two fours.

But the batsmen like Ariful Haque, Thisara Perera and Shahid Afridi failed to impress.

Perera and Ariful scored one and five runs respectively while former Pakistani captain Shahid Afridi back to the pavilion with a golden duck.

Later, Ravi Bopara was adjudged man of the match for his one wicket haul conceding 15 runs in three overs.