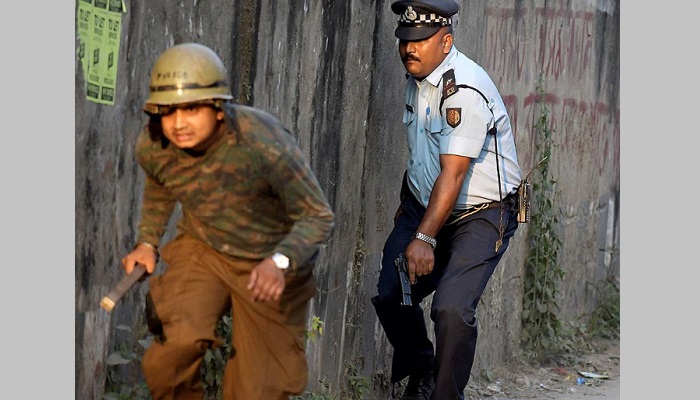 Three protesters were killed and many others injured in police firing in Assam’s Guwahati amid a raging agitation against the Citizenship (Amendment) Bill (CAB) on Thursday evening.
The incident occurred even as thousands of protesters descended on the streets in defiance of a curfew imposed on the city after the parliament cleared the contentious legislation on Wednesday night.

Earlier today, the government had extended the suspension of Internet services in 10 districts of Assam for another 48 hours, and deployed army personnel in four areas where clashes between protesters and police were witnessed.The residences of several politicians, including Chief Minister Sarbananda Sonowal and Union Minister Rameswar Teli, were attacked by protesters as violence continued unabated.

Even as violence continued unabated, Prime Minister Narendra Modi tweeted on Thursday morning that the people of Assam have nothing to worry about because “no one can take away your rights”. Sonowal also said in a video message that he was “resolutely committed to protect the identity, rights, heritage and culture of the Assamese people”, and urged them to continue on the path of progress “while keeping alive our ancient values of peace, harmony and brotherhood”.