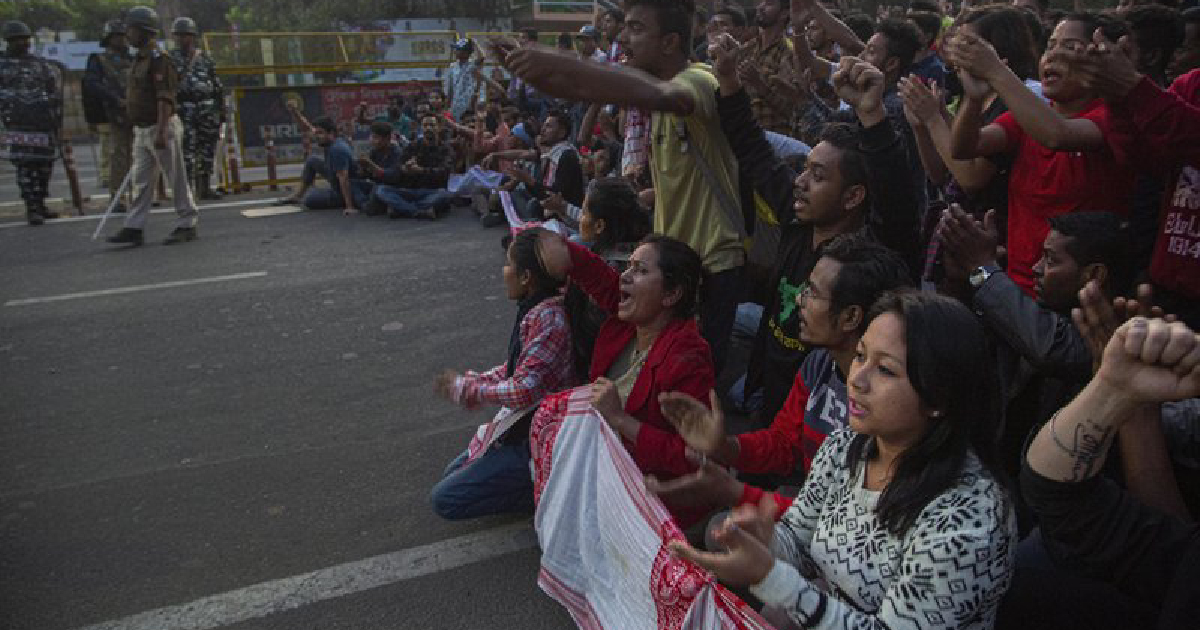 Authorities relaxed curfew for six hours on Friday in violence-wracked parts of India’s northeastern state of Assam but shut schools until next week as protests continued against a new law that would grant citizenship to non-Muslims who migrated from neighboring countries.

Police said there was no violence overnight after they shot and killed two protesters who defied curfew in Gauhati, the capital of Assam state, on Thursday, and injured several others. Thousands of protesters lit bonfires and blocked streets, leading to clashes with police who fired at them.

As the curfew was relaxed at 7 a.m. on Friday, thousands of protesters started a hunger strike in Gauhati to protest the legislation.

India’s ceremonial President Ram Nath Kovind late Thursday gave his assent to the Citizenship Amendment Bill, which was approved by the two houses of India’s parliament earlier this week, making it a law.

Meanwhile, Japan’s NHK public television said Friday that Japanese Prime Minister Shinze Abe is considering postponing his visit to India due to concerns about deteriorating security in the northeast, where he was scheduled to visit starting this Sunday.

Abe was also to pay tribute to the war dead and lay flowers at the India Peace Memorial in Imphal, the capital of Manipur state, and a place known for Japan’s failed World War II operation in which about 30,000 soldiers lost their lives.

The protesters in Assam oppose the legislation out of concern that migrants will move to the border region and dilute the culture and political sway of those who already live there.

The new citizenship law will grant Indian nationality to Buddhists, Christians, Hindus, Jains, Parsis and Sikhs who fled Pakistan, Afghanistan and Bangladesh because of religious persecution before 2015. It does not, however, extend to Rohingya Muslim refugees who fled persecution in Myanmar.

Home Minister Amit Shah rejected criticism the legislation was anti-Muslim, saying it did not affect the existing path to citizenship available to all communities.