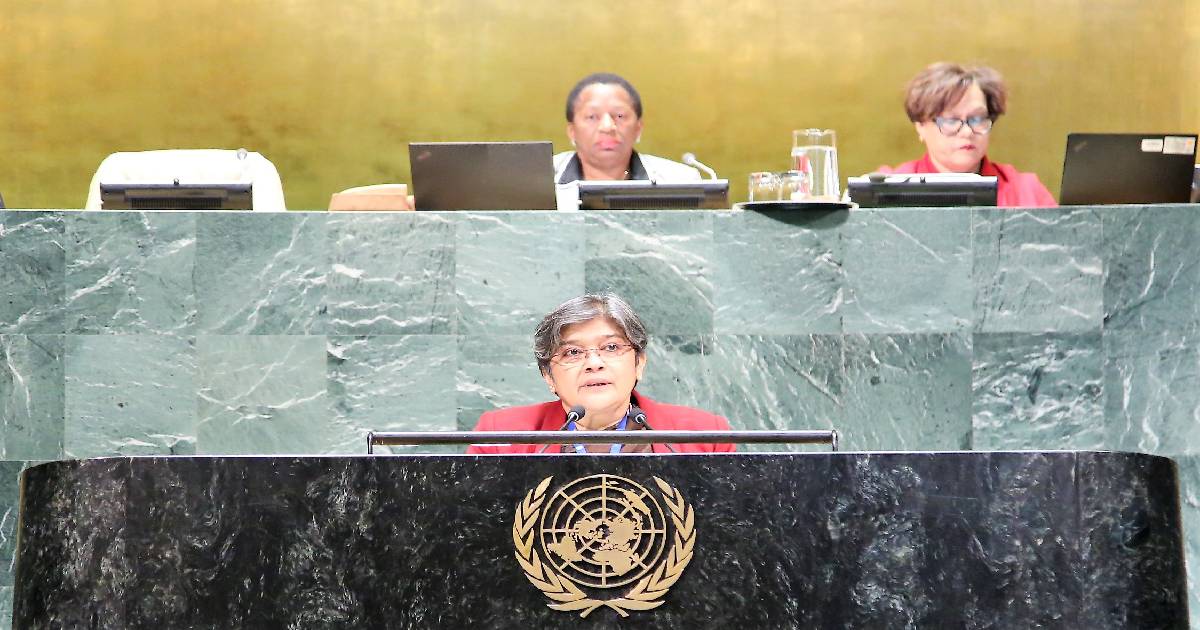 The United Nations General Assembly (UNGA), like every year, has unanimously adopted Bangladesh’s flagship resolution on the ‘Culture of Peace’.

The Permanent Representative (PR) of Bangladesh to the UN Ambassador Rabab Fatima introduced the resolution on Thursday and called upon UN Member States and stakeholders to advance the message of ‘Culture of Peace’.

“Our Prime Minister Sheikh Hasina is carrying the legacy of championing the Culture of Peace and people’s empowerment,” she said.

During the first term of her government, on September 13, 1999, the UNGA adopted by consensus the resolution 53/243 on the Declaration and Programme of Action on a Culture of Peace. Since then, Bangladesh has been facilitating this resolution at the Assembly every year, said a press release on Friday.

The PR said Bangladesh is marching along the path of development with a people-centred development strategy under Prime Minister Hasina’s Vision 2021 and Vision 2041.

The Ambassador recalled the observance of the 20th anniversary of the seminal Declaration and Program of Action on ‘Culture of Peace’ at the UN on September 13 this year.

“That meeting recognised the enduring value of the Culture of Peace for the full and effective implementation of the Agenda 2030. We see Culture of Peace as an overarching notion strengthening the message for peace in years to come and moving beyond the landmark Agenda 2030,” she said.

Highlighting the resolution, Ambassador Fatima said the 75thanniversary of the UN, as well as two landmark anniversaries – 20th anniversary of WPS (Women, Peace and Security) and Beijing +25 – coming up in 2020, would be significant occasions to operationalise the concept of a Culture of Peace.

In this year’s resolution, the international community welcomed not only the observance of the 20th anniversary of the Declaration and Programme of Action on a Culture of Peace but also acknowledged its relevance in the 21st century and also among others for full and effective implementation of the Agenda 2030 for Sustainable Development.

The effort was made also to show the relevance of Culture of Peace across the three pillars of the work of the UN in facing contemporary global challenges.

This year, 126 countries from a cross-regional representation of the UN Member States co-sponsored this resolution, so far the highest, showing the broad-based support for it.

The continued support to this resolution, facilitated by Bangladesh every year, is a testimony to the huge confidence of international community on Bangladesh as a proponent of global peace, said the Bangladesh Mission at the UN.