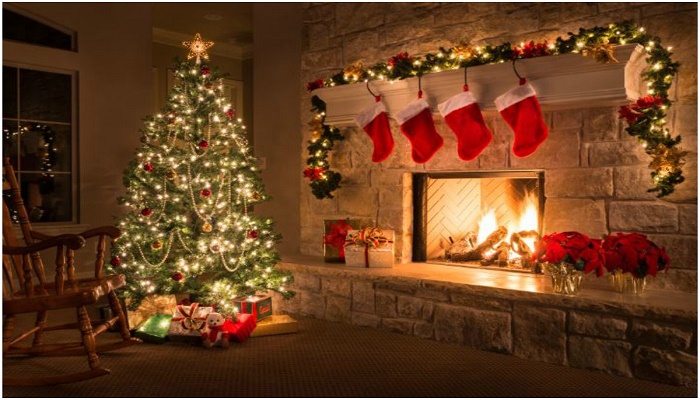 Christmas is celebrated every year on December 25. It commonly believed that the 25th of December is the birthday of Jesus Christ but that is not the case, reports The Indian Express.
Nowhere in the Bible is it mentioned the exact day of Jesus’s birth, in fact, even the year isn’t known! He was not born in year zero but was likely born between 7BC and 2BC. The name Christmas comes from the Mass of Christ (or Jesus).It’s a romantic story, the birth of the child Jesus in the cave in Bethlehem that one have heard every December. Mother Mary could not find place in the inns that were packed out with locals returning in response to an order from Roman Emperor Caesar Augustus who was taking a census of all his subjects by insisting that they return to their mullock. And she was nine months pregnant. So she and Joseph had to settle for a cave in which the birth took place – not unnoticed by all sorts of unexpected events, as becometh one who was to be later a history changer.

It is celebrated by people around the world, especially Christians. It’s a time when family and friends come together and remember the good things they have. Popular customs include exchanging gifts, decorating Christmas trees, attending church, sharing meals with family and friends and, of course, waiting for Santa Claus to arrive.

The Significance of Christmas is known to men, all over the world. Though it is true that Christmas is celebrated as the day of the Birth of Christ into this world, yet it also symbolizes a very significant truth of the spiritual life. Jesus Christ is the very personification of Divinity. He was born at a time when ignorance, superstition, greed, hatred and hypocrisy prevailed upon the land.

In the midst of all these conditions, Christ was born and worked a transformation in the lives of people. He gave a new and a spiritual turn to the lives of man. There came a change upon the land. People started upon a new way of life. Thus a new era dawned for the world.

CelebrationsChristmas festival centres around various popular traditions. Adding age-old traditions in your Christmas traditions helps you enjoy the festival to the fullest. The most popular tradition of decorating Christmas Tree is followed with great excitement by people across the world. In many countries, people decorate artificial spruce trees to keep alive the spirit of the tradition. Houses are decorated with auspicious mistletoe, lights and display of Nativity scenes.

Christmas is highly enjoyed by young children as it brings along winter holidays and time to perform some traditional activities. They keenly participate in cleanliness and decoration of their house. Children behave very nicely to make their favourite Santa Claus happy who brings gifts for them. Christians actively participate in midnight Christmas Mass and the joyous Christmas carnival. Christmas evening is the time to relish some traditional Christmas food especially the Christmas Cake. The tradition of singing Christmas carols and songs is also practised with faith and dedication.

Recipes from across Bangladesh