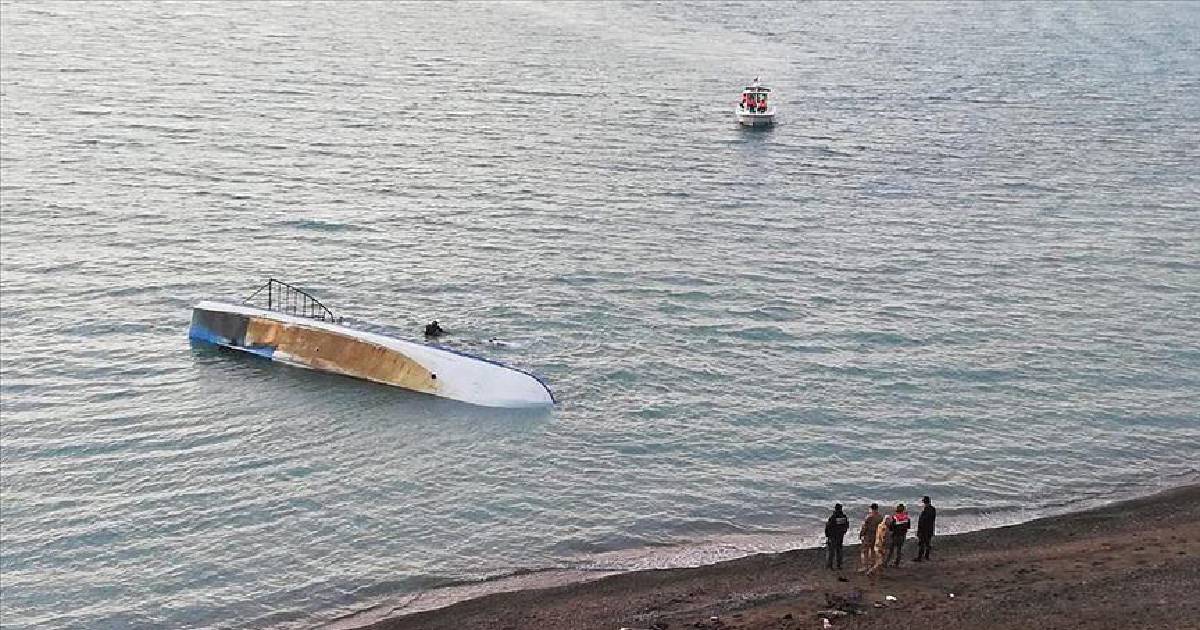 The lake is near the border with Iran, from where migrants often cross into Turkey on their journey towards Europe.

Sixty-four people were rescued and taken to nearby hospitals and shelters.

The incident happened at around 03:00 local time (00:00 GMT). It was not clear why they were on the boat in the lake which is completely within Turkey.

The boat sank after capsizing as it approached Adilcevaz district in Bitlis, on the northern shores of the lake, the governor’s office said.

Five people were found dead at the scene and two died at hospital.

Turkey has been a key transit point for migrants trying to reach Europe, many of them fleeing violence and persecution in their home countries. Many rely on people’s smugglers and face dangerous land and sea routes which often result in deaths.

Turkey’s security forces have held some 441,532 undocumented migrants on its territory this year, according to state-run Anadolu news agency.

In 2016, Turkey reached a financial deal with the European Union to stem the flow of migrants and refugees to Europe. Last month, German media cited a confidential EU report as saying the number of crossings from Turkey rose sharply this year, with most people coming from Afghanistan.

This month President Recep Tayyip Erdogan warned Turkey could not handle a “new refugee wave” from Syria amid increased bombardment of the rebel-held Idlib province, saying a new influx would be “felt by all European countries”.