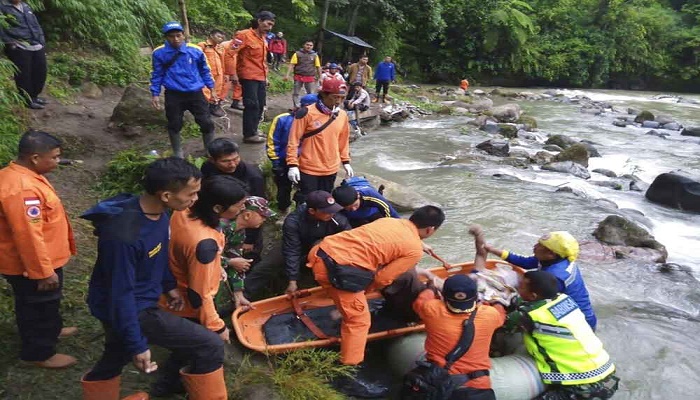 At least 35 people were killed when a bus plunged into a ravine in Indonesia, officials said in a new toll Thursday, reports AFP.
A rescue team in Indonesia’s island of Sumatra on Thursday continued the search for a third day to find more bodies after seven new victims were found in a river late on Wednesday.According to a passenger manifest, the regional bus left Bengkulu province for Pagar Alam with 27 on board but some survivors told police there were around 50 people inside when the accident happened on Monday just before midnight.

Spokesman for a local rescue team in South Sumatra Taufan said that of the 35 people killed, 16 were male and 19 female.

The team has evacuated at least 13 survivors and the search is still ongoing to find more bodies over fears that some might have been carried away in the river.

Traffic accidents are common in the Southeast Asian archipelago, where vehicles are often old and poorly maintained and road rules regularly flouted.

In September, at least 21 people died when a bus plunged into a ravine in West Java’s Sukabumi region.