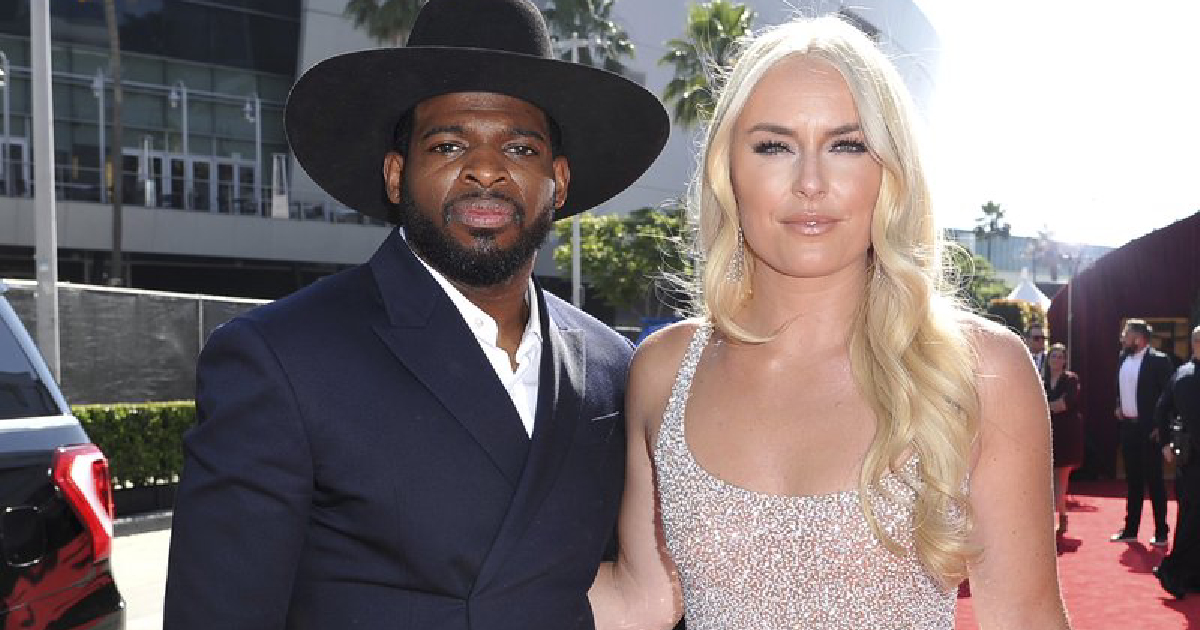 “Merry Christmas and happy holidays everyone!! On our 2 year anniversary, in a “non traditional” move, I asked PK to marry me and he said, Yes,” Vonn tweeted on Christmas Day. “Yes (bashful emoji) ! Women aren’t the only ones who should get engagement rings!”

The former ski racer closed the tweet with the hashtags “MerryChristmas” and “equality.”

Vonn linked a picture of herself and Subban with the ring, with the couple wearing matching striped pajamas in front of a Christmas tree with three dogs in the foreground. She also posted a close-up of Subban flashing the ring, with the words “Drip drip”and a blue teardrop.

Vonn also said on social media in August that they were engaged.

The 30-year-old Subban and won the 2013 Norris Trophy with Montreal as the NHL’s top defenseman. He was traded to New Jersey from Nashville in June.

Vonn had a high-profile relationship with Tiger Woods. She previously was married to former ski racer Thomas Vonn, and kept his last name after they separated.

Priyanka Chopra sorry for role on ‘The Activist’ show