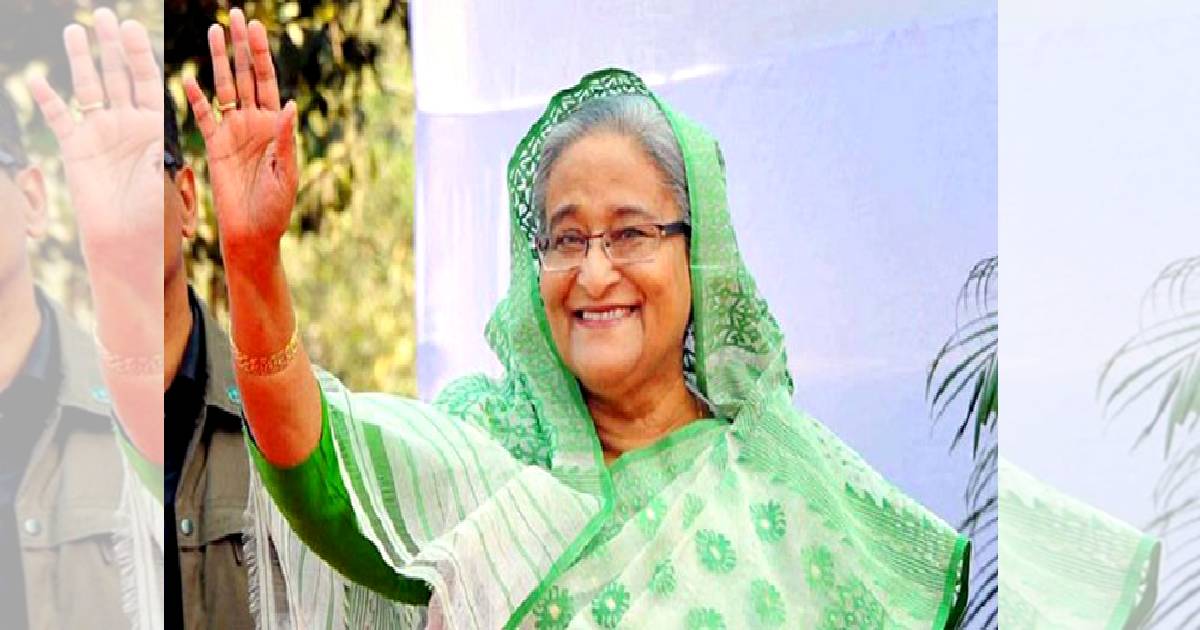 Prime Minister Sheikh Hasina on Thursday said it is everyone’s expectation that newly-commissioned officer cadets of Bangladesh Air Force will stand beside people selflessly and serve the country.

“You’ll remain beside people selflessly and serve the country … this is the expectation of all,” she said while speaking at the President’s Parade 2019 here at Bangladesh Air Force Academy.

From now on, Sheikh Hasina said, the sacred responsibility of protecting country’s independence and sovereignty is going to the shoulder of the newly-commissioned officer cadets. “You have to remain aware and always ready to discharge duties,” she said.

The Prime Minister said it will be the most important, and first and prime vow of the new members of the Air Force to protect the independence and sovereignty of the country in lieu of their supreme sacrifice.

Hasina said the life of a soldier is a tough one, and patriotism and dutifulness are the sources of that tough life.

“You must not lose your path from that direction,” she told the new Air Force officers.

Sheikh Hasina said better character and mental strength can establish an Air Force solider as an ideal one. “You’ve to obey senior officials and maintain the chain of command. By that Bangladesh Air Force will be established as a disciplined force,” she said.

The Prime Minister directed newly-commissioned officer cadets to develop themselves through working hard with honesty, sincerity and integrity.

She elaborated various steps of her government for modernising and strengthening the Air Force and said the government wants to establish it as the most modern force.

“For the purpose, importance has been given to strengthening and modernising the Armed Forces, including the Air Force,” she said.

As part of the move, the Prime Minister said, the Air Force has been made time-befitting one considering geo-political and regional location of the country to keep pace with challenges of the 21st Century.

Referring to the Forces Goal-2030 formulated in light of the defence policy of the Father of the Nation, she said, the present government has been implementing the forces goal in phases.

The Prime Minister hoped that the newly-commissioned officers would work devotedly to implement the oath they have taken imbued with patriotism and being respectful to the constitution of the country.

Putting emphasis on imparting proper training to members of the Air Force, she said, the government has given priority on the time befitting training to increase their efficiency.

Sheikh Hasina said with modern training facilities as well as most well-trained officials, the present Air Force is not like it was a decade ago and it is now totally different in terms of infrastructure, strategic and technological capability.

Describing Bangladesh is marching fast towards development, Hasina expressed her firm optimism that Bangladesh will stand before the world community with its head high.

The Prime Minister vowed to take Bangladesh to a new height centering birth centenary of the Father of the Nation and Golden Jubilee of the country’s independence.

In this regard, she called upon all, including members of the Air Force, to accomplish responsibilities from their respective positions.

On the occasion of the passing-out parade, the Prime Minister handed over ‘Sword of Honour’ award, trophies and badges among the graduating officer cadets for their outstanding performances and successful completion of the training course.

A total of 104 cadets were commissioned to the Air Force today upon successful completion of the training course.

2019-12-26
Mr. Admin
Previous: Know how to deal with holiday hangover
Next: Boat carrying migrants from Bangladesh, other countries sinks in Turkey; Seven dead