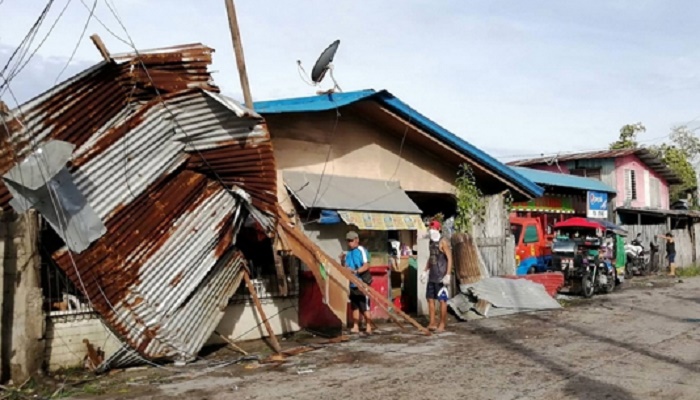 Typhoon Phanfone, with winds of 195 kilometres (120 miles) an hour, tore roofs off houses and toppled electric posts as it cut across the Philippines on Wednesday.With the internet and mobile phone networks still cut off in some badly damaged areas, a full assessment of Phanfone’s damage was not immediately possible on Thursday morning.

But at least 16 people had been confirmed killed in villages and towns in the Visayas, the central third of the Philippines, according to disaster agency officials.

Phanfone also hit Boracay, Coron and other holiday destinations that are famed for their white-sand beaches and popular with foreign tourists.

The airport at Kalibo, which services Boracay, was badly damaged, according to a Korean tourist who was stranded there and provided images to AFP.

“Roads remain blocked, but some efforts have been made to clear away the damage. It’s pretty bad,” Jung Byung Joon said via Instagram messenger.

“Everything within 100 meters of the airport looks broken. There are a lot of frustrated people at the airport as flights have been cancelled.Though much weaker, Phanfone tracked a similar path as Super Typhoon Haiyan — the country’s deadliest storm on record which left more than 7,300 people dead or missing in 2013.

Kerala floods: At least 26 killed as rescuers step up efforts

11 students drown while cleaning a river in Indonesia

Death toll from mosque attack in Afghanistan climbs to 47