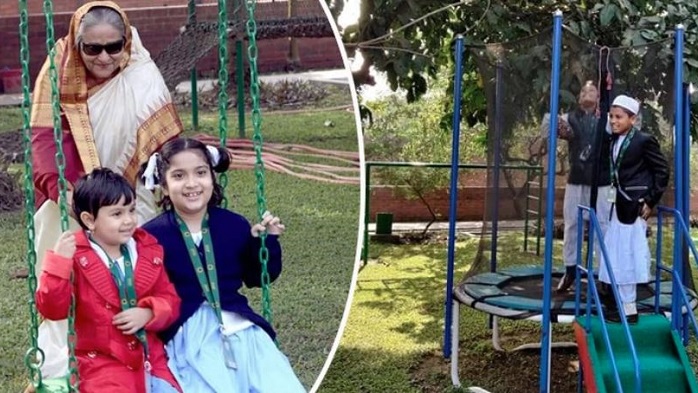 In a rare gesture, Prime Minister Sheikh Hasina interacted with a number of school kids at her official Ganabhaban residence after she handed over fresh books to them on Tuesday.
She spent some time playing with the children after she formally inaugurated free textbook distribution programme for the academic year 2020 at a function at Ganabhaban this morning.

The premier formally opened the free textbook distribution programme by handing over books of primary and secondary levels to students there. 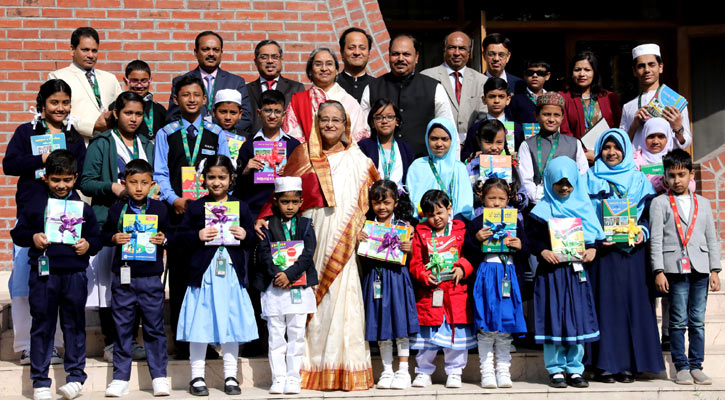 After handing over new books to children, Sheikh Hasina rushed to the ground of Ganabhaban with them. She amused the school kids by participating in playing with them.

Some photographs of the premier playing with the kids were also published in various news portals of the country.

In the photos, Sheikh Hasina was found rocking a cradle, on which some two school kids sat. 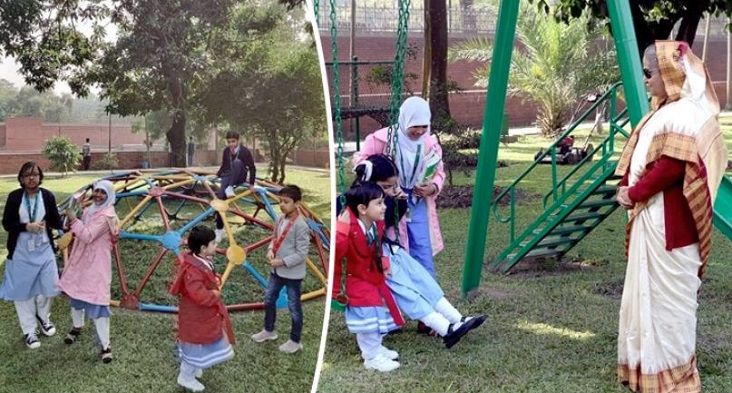 As many as 3,53,144,554 free textbooks will be distributed to more than 42 million primary and secondary levels students on January 1 across the country for the academic year 2020.

The government has printed these textbooks by maintaining proper standard for pre-primary, primary, secondary, Ebtedayee and SSC level students and all students will get textbooks for free on the first day of the New Year.