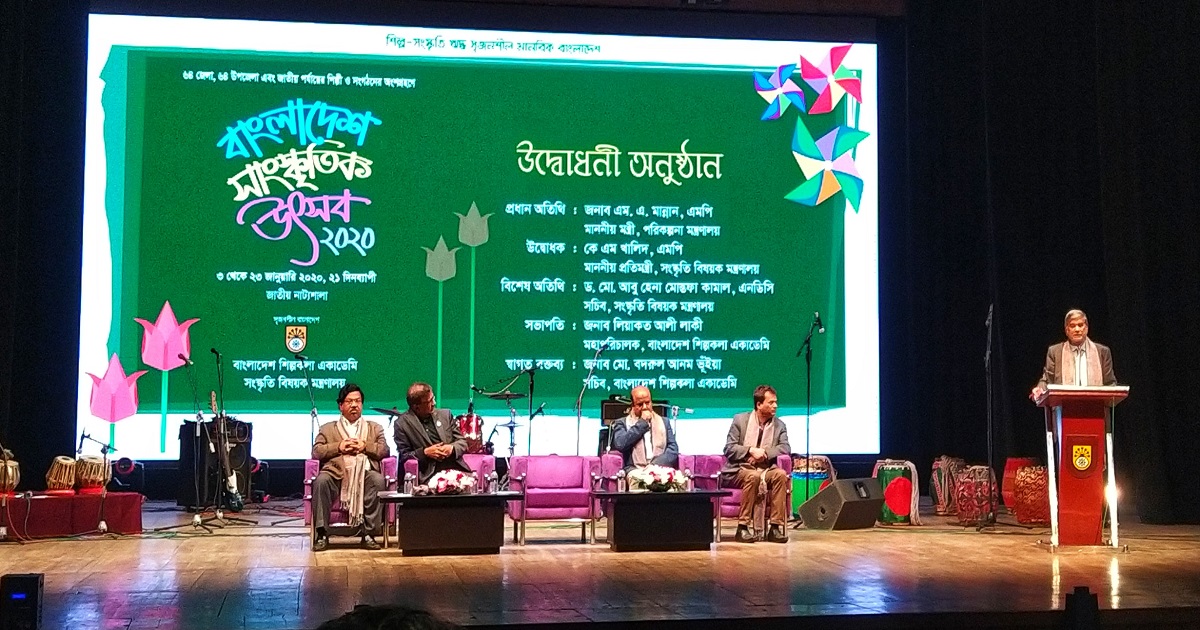 Hosted by BSA in association with the ministry of cultural affairs, the festival is scheduled to showcase the performance of five thousand performing artists of over one hundred cultural organizations from 64 districts and 64 upazilas at different venues of BSA.

Speaking on the occasion Planning Minister MA Mannan said, “Culture is the fundamental requirement for the development of a nation. Countries like China has progressed and developed because of its cultural revolution. Even our independence and freedom are heavily influenced and indebted to the cultural revolution in the glorious past”,

He urged the cultural affairs ministry to help flourish the tradition and culture through such national festival and assured all sorts of support from the ministry, if needed.

Speaking at the programme KM Khalid, state minister for cultural affairs, said “We are starting 2020, the ‘Mujib Year’ marking the birth centenary of Father of the Nation, Bangabandhu Sheikh Mujibur Rahman through the second such edition of this event. The festival will be followed by year-long cultural events in every district, with Dhaka being its last venue.”

After the inaugural seminar, Kazi Hablu and his orchestra presented the song ‘Joy Bangla, Banglar Joy’ which was followed by dance performance by BSA’s dance troupe, acrobatics by BSA performers, cultural performances by the artistes from Mymensingh and Gopalganj districts and ‘Jatrapala’ by artists from Jhenaidah district.

On the concluding day on January 23, the festival is scheduled to feature performance of three districts and three upazilas every day from 4 to 10 pm. Information on tickets for the ‘Jatra’ shows would be available on the BSA’s Facebook page.