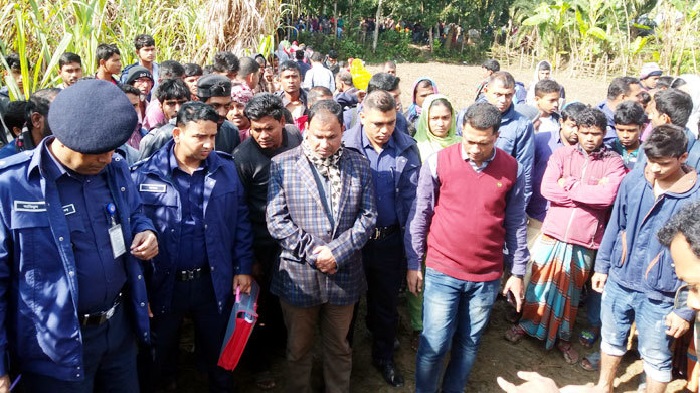 Police recovered a bloodstained body of female managing director of a local non-governmental organisation (NGO) from a sugarcane field in Modhukhali upazila of Faridpur district on Friday.
The deceased was identified as Lipi Akter, 35, managing director of ‘Chandana Sanchay O Rindan Samabay Samity Limited’ and wife of Mirza Shahidul Islam of Bagat Munshipara village of the upazila.

Confirming this to media, officer-in-charge (OC) of Modhukhali Police Station Md Aminul Islam said, “Police recovered the wounded body of Lipi Akter from the spot on Friday noon after family members of the victim informed the law enforcers. Earlier, locals found a dead body in a sugarcane field at Bagat Munshipara village in the morning.”The body of the deceased was sent to the morgue of Faridpur Medical College Hospital (FMCH) for an autopsy, the OC said.

“It’s a well-planed murder. Investigation is underway to find out how Lipi Akter was killed and who were behind the murder. Family members of the victim are taking preparation to file a case with police station over the murder,” he added.

Bangladesh gets another 2.12 million AstraZeneca jabs from France

‘Govt decision on whether current restrictions be extended after Feb 6’

Banks to run with 50pc manpower