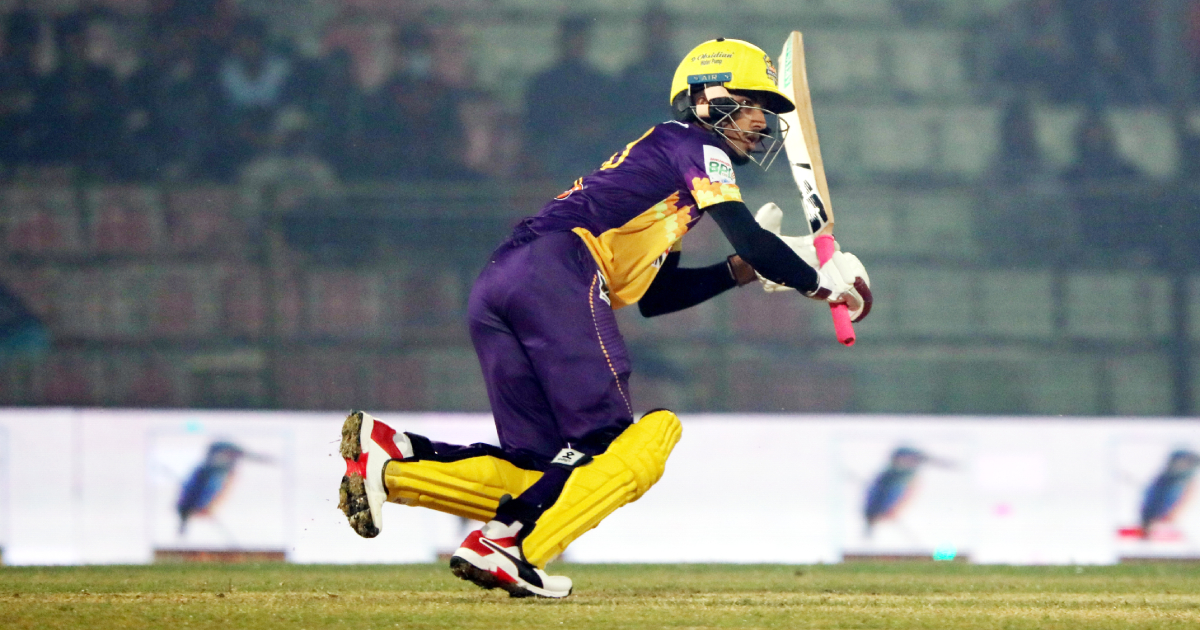 Rajshahi Royals acquired the top place in the points table of the ongoing Bangabandhu Bangladesh Premier League (BBPL) and marched to the playoff as the second team after Chattogram Challengers beating Sylhet Thunder by six wickets at Sylhet International Stadium on Saturday.

With this game, the three-day Sylhet-phase of BPL came to an end. Winning the match, Royals amassed 14 points from 10 games and equalled the points of Challengers. But due to the better run rate, the Royals are at the top place and Challengers are placed at number two.

Replying Thunder’s 143 for six in 20 overs, Royals chased down the target of 144 in 15.1 overs with the highest innings of 46 off 30 with eight fours by Afif Hossain. Royals ended on 145 for four wickets.

Royals managed a decent opening stand when Liton Das and Afif added 59 runs in 5.4 overs which laid a good foundation for the Royals. Liton failed for 36 off 20 with four fours and two sixes. Royals were aggressive with the bat to chase a moderate total so that they can amass a better run rate which will help them end the league-phase with most points.

Shoaib Malik came in to bat at number three and posted 27 off 22 with three sixes while Irfan Sukkur and Mohammad Nawaz posted 10 and 17 respectively.

Earlier, Thunder won the toss and opted to bat first. But they failed to put up a challenging total on the board. Andre Fletcher and Abdul Mazid opened the innings and posted only 26 runs in the opening stand.

Mazid fell as the first wicket by Abu Jayed Rahi for 16 off 11 with two sixes. After his dismissal, Fletcher was dismissed by run-out. He scored 25 off 33 with two fours.

Both the team will take the field in their next match on January 7 at Sher-e-Bangla National Cricket Stadium while Royals will take on Chattogram Challengers, Sylhet will face off Cumilla Warriors when BPL will travel to Dhaka for the remaining games.