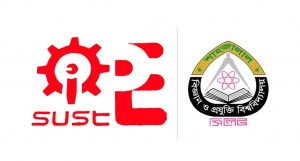 Masud Al Razi : Shahjalal University of Science & Technology’s Industrial and Production Engineering alumni association will hold its 3rd election on January 24th-26th.  4 years ago, SIPEAA (SUST IPE Alumni Association) was established with a great motto“Together we will achieve more” to flourish in Industrial world by the energetic graduates of SUST IPE Department.Now it is an organization of 470 members, who are devoted to welfare of SUST IPE students and graduates.

From the very beginning, this organization is taking part to detect industrial job market demand and suggesting syllabus modification of SUST IPE Dept. They are representing SUST IPE dept. in both National and International platform through serving in Local and Multinational company from top management level. Most important role played by SUST IPE graduates is they have replaced so many foreign employee and top management by their disciplinary knowledge, which has a big impact in national economy. For the development of SUST IPE graduates SIPEAA arranges training sessions by top notch facilitators to be always one step forward in the job market. They also arranges seminar to share industrial practical knowledge with current students that they can prepare them for upcoming future challenges in job market. They are maintaining a big brotherhood through social gathering like Annual Picnic, Ifter Party, Friendly sports tournaments and arranging get together in various occasions.

EC panel of 4 members has been formed to control and execute SIPEAA Election’ 2020-21. Tapash Kumer Mojumder, Executive Director of Walton Hi-Tech Industries is playing the role as CEC, who is a graduates of 3rd batch of IPE dept. Other Election Commissioners are Md. Ferdous Alam (3rd batch), Musabbir Hasan Sumon (15th batch), Mohammad Rahber Uddin (15th Batch).They have already declared election schedule and procedure, confirmed nomination of applicant for different positions of SIPEAA. Also so many pragmatic steps has been taken to have a fair and competitive election by them. Online Nomination submission, conducting survey to know graduates opinion and demand from SIPEAA (which has created a massive awareness among its members), online voting system are remarkable.

The graduates having membership of SIPEAA till 15th January-2020 will be eligible for attend in leader selection procedure through online vote. Online registration is going on. Any SUST IPE graduate can apply for membership in this (https://forms.gle/F9pzfYAgSLuEHMAz8) link. To inspire to be a SIPEAA member, first three batch has declared 500BDT gift hamper for the members of 18th, 19th, 20th batch. Election Result will be published in 27th January-2020 in a grand ceremony.

One killed in Sylhet road crash