Bangladesh wants UAE opens all sectors for recruitments of its nationals 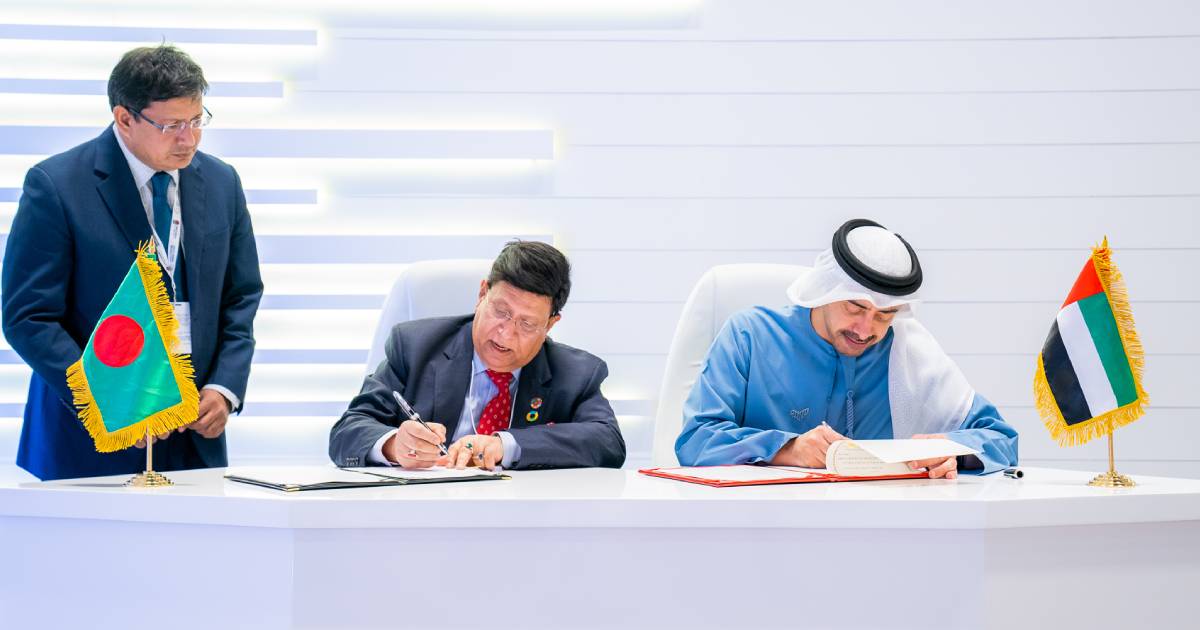 Bangladesh has urged the United Arab Emirates (UAE) to make an official declaration on opening of recruitment for Bangladesh nationals in all sectors in the UAE.

The UAE Foreign Minister assured Dr Momen that the UAE side would consider the proposal.

D rMomen also informed that Bangladesh would like to participate in Dubai Expo 2020 in large scale.

The UAE Foreign Minister assured that their side would try to ensure larger Bangladesh presence at the Expo, said the Ministry of Foreign Affairs here on Wednesday.

Dr Momen briefed the UAE Foreign Minister about the development march of Bangladesh.

He said during the present tenure of the government of Prime Minister Sheikh Hasina, poverty level has been drastically reduced from 42 percent to 20 percent during the last several years and the government targets to reduce it  to 15 percent in the near future.

The meeting took place alongside the Panel Interview to the Prime Minister Sheikh Hasina at the Future Sustainability Summit: Inclusive and Multilateral Climate Action segment.

Dr Momen said in order to achieve the visions set by the Prime Minister, Bangladesh relies on the active cooperation and assistance from friendly countries like UAE.

He also informed that Bangladesh has earned revolution in agricultural sector – the country being now surplus in food production.

DrMomen said the mainstay of Bangladesh economy is RMG, remittance from expatriates Bangladesh nationals and agri and agro-based products.

He also informed about the projects undertaken by the government like crop diversification and the introduction of high yielding varieties of seeds.

The Foreign Minister commented that the large participation of women in economic sectors also contributed to the high growth of the economy.

The Foreign Minister also apprised him about the stalled situation with displaced Rohingya nationals living in Bangladesh.

He conveyed thanks to the UAE for supporting Bangladesh on Rohingya issue at different platforms and sought  UAE’s continued support to end the crisis.

He enquired to know about the future development strategy of the Bangladesh government.

Dr Momen responded that government has taken initiatives to establish 100 Economic Zones, 28 Hi-tech Parks and related infrastructure, a good number of which have already been developed.

At the end of the meeting, both Ministers signed the Agreement on Allotment of land to Bangladesh Embassy at diplomatic enclave in Abu Dhabi in reciprocity to allotment of land for UAE Embassy in Dhaka.