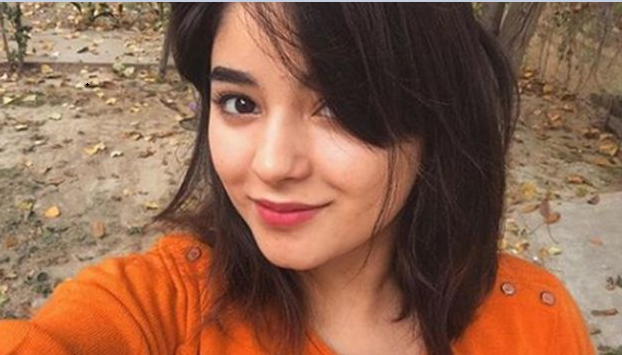 A 41-year-old Indian businessman has been sentenced to three years in prison for molesting former Bollywood actress Zaira Wasim on a flight in 2017.
Vikas Sachdev was accused of repeatedly moving his foot up and down her neck and back while she was “half-asleep” in her seat.

He was convicted on Wednesday under child protection laws since Wasim was 17 at the time of the incident.She debuted in 2016 in Dangal, one of Bollywood’s biggest films.

The following year she was awarded the National Child Award for Exceptional Achievement. But in 2019 she announced that she was quitting acting because the profession “threatened” her relationship with her religion.

She was molested on a flight from the capital, Delhi, to Mumbai in December 2017.

In her post, she said that he “kept nudging my shoulder and continued to move his foot up and down my back and neck”.

She said she blamed the turbulence at first but was later woken by his foot touching her neck. She shared a video of herself after the flight, in which she was visibly upset. “This is terrible,” she said. “No one will help us if we don’t decide to help ourselves.”She tried to film Sachdev, but it was too dark to see his face. Police arrested him after he was reportedly identified with help from the airline, Air Vistara.

Wasim had also accused the airline of not doing anything to help her when she raised the issue. But she did not file an official complaint against them.

The airline denied the charge and said they had “zero tolerance for such behaviour”.

2020-01-15
Mr. Admin
Previous: Stokes wins ICC’s player of the year award
Next: Bangladesh wants UAE opens all sectors for recruitments of its nationals