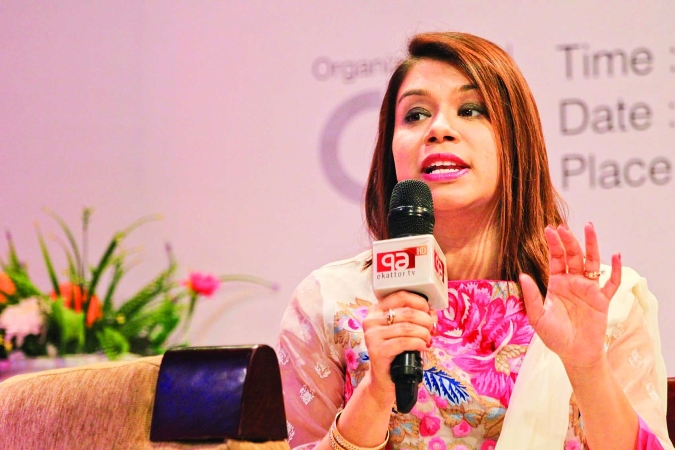 Tulip Rizwana Siddiq has been appointed as shadow early years minister from UK Labour Party.
Tulip has been serving as the Member of Parliament (MP) for Hampstead and Kilburn in the UK since 2015.

She is the daughter of Sheikh Rehana, younger daughter of Bangabandhu Sheikh Mujibur Rahman, and a niece of Prime Minister Sheikh Hasina.She became the first Bangali woman councillor in Camden Council in May 2010.

Tulip first contested and won in the parliamentary polls in 2015.

Born in Mitcham, London in 1982, Tulip holds two Master’s degrees – one in English literature, and another in Politics, Policy and Government – from King’s College London.

She is also a former councillor in Regent’s Park and Cabinet Member for Culture and Communities in Camden Council, according to Wikipedia.