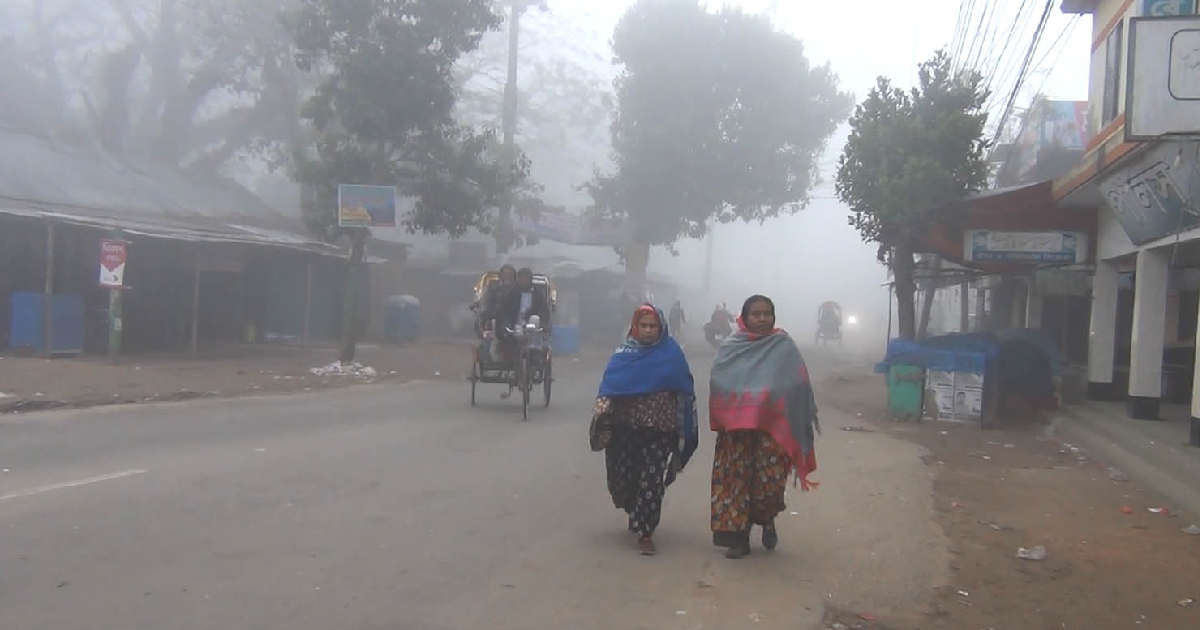 People in Bangladesh’s northern district Kurigram is shivering as a moderate cold wave started sweeping over the region on Wednesday, after five days of reprieve.

Local weather office recorded a temperature of 7.2 degrees Celsius in the morning.

The normal life of the people has been disrupted. People who live from hand to mouth, the destitute, old and the young children have been the worst affected.

Kurigram, a district crisscrossed by 16 rivers, has a population of 2.5 million. About half a million people are believed to be living in its 520 river islands.

People say they are suffering for the lack of warm clothes.

Kurigram’s Relief and Rehabilitation Officer Dilip Kumar Saha said they have already distributed 64,000 pieces of blankets, 2,000 packets of dry food and 1,500 dresses for children in the nine upazilas.

The government recorded 2,644 cases of cold-related diseases in the district between November 1 last year and January 21. The diseases have not caused any death in the area during this period.

Since November 1, the government says 410,989 people have been affected by cold-related diseases across the country. During this time, 57 deaths were recorded.