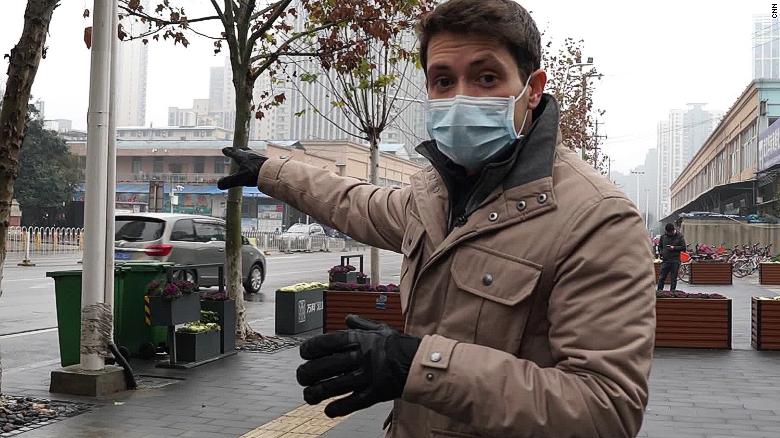 The death toll from the Wuhan coronavirus has risen to 17, as dozens more cases were reported across China and as far afield as the western United States, sparking fears of a possible pandemic.
On Wednesday, the Chinese city of Wuhan — where the virus was first identified — said it would “temporarily” close its airport and railway stations for departing passengers. All public transport services will also be suspended, as authorities attempt to contain the virus.

The city lockdown begins at 10 am local time Thursday (9 pm ET Wednesday), according to an announcement from the city’s coronavirus command center.Chinese health authorities said that at least 547 cases had been confirmed in the mainland, with eight new deaths linked to the virus in Hubei, the central Chinese province of which Wuhan is the capital. Cases were also confirmed in the Chinese territory of Macao and the self-governing island of Taiwan.

Beyond China, officials in Washington state on Tuesday confirmed the first case on US soil. The patient is a male in his 30s who is under observation at Providence Regional Medical Center Everett, said John Wiesman, Washington’s secretary of health, at a press conference Wednesday.

Health officials have reviewed the travel history of the patient, said Dr. Chris Spitters, Snohomish Health District acting health officer on the patient’s contact investigation. “As of now, there are at least 16 identified close contacts,” Spitters said. “Local health departments started reaching out to them yesterday and continued doing so today.”

Spitters said “the risk to the general public remains low and the public health system and our health care partners are working swiftly and collaboratively to address this situation.”

Cases have also been reported in South Korea, Thailand and Japan, and suspected cases detected in Australia.

Worldwide, a total of 555 cases have been confirmed since the outbreak was detected in mid-December.However, the World Health Organization (WHO) has not yet declared the virus a “public health emergency of international concern,” which might merit a coordinated global response.

The organization’s emergency committee met Wednesday in Geneva, but decided more information was needed to declare the status of the outbreak and what recommendations should be made regarding it. It is expected to take up the matter again on Thursday.