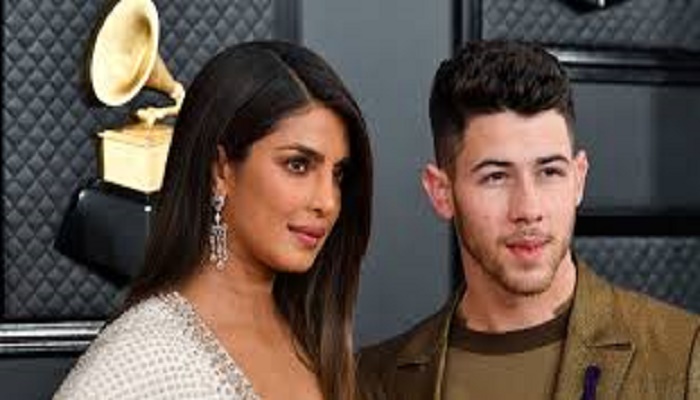 Bollywood actress Priyanka Chopra stole the spotlight at the Grammys for not just accompanying husband Nick Jonas, who performed at the awards night, but also for her plunging white gown, reports Hindustan Times.
While many loved her look on the red carpet, many also criticised the actor. While some felt it was ‘too much’, others felt it was too risque.

Nick was also trolled on social media as his followers found spinach stuck in his teeth during his Grammy performance.While Priyanka herself didn’t reply to the trolls, actor Suchitra Krishnamoorthi and Canadian TV actor Kaitlyn Bristowe of The Bachelorette fame gave it back to the haters on social media.

She wrote, “I think the fact that Priyanka is not trying to hide her belly with her clutch is what makes this pic so beautiful.”

Kaitlyn responded to the trolls on People magazine’s social media post, which appreciated the look of the wives of the Jonas Brothers – Priyanka Chopra, Sophie Turner and Danielle Jonas at the awards ceremony. Kaitlyn wrote, “Beautiful powerful women. Disgusting comments from sad women.”

Priyanka found immediate support on Instagram as many of them showed solidarity with Kaitlyn’s comment. A reader wrote,” “yes!! They look beautiful and I agree so much with this!!

The Jonas Brothers sang a new song, Five More Minutes, as well as their new single What A Man Gotta Do at the event.