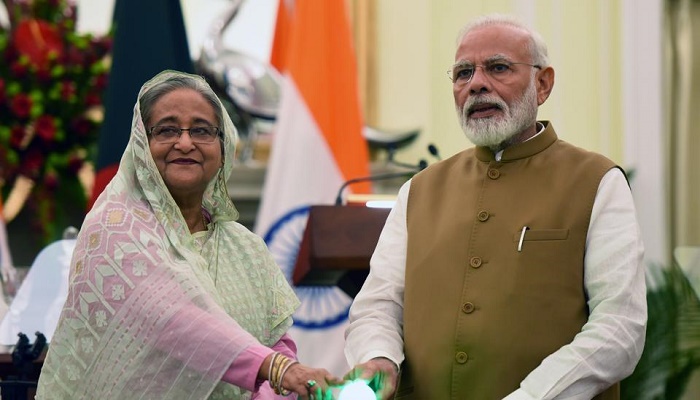 Prime Minister Narendra Modi will be the chief guest at an event to kick-start the year-long centenary celebrations for “Bangabandhu” Sheikh Mujibur Rehman in Dhaka on March 17 in a move that signals the robust bilateral relations between India and Bangladesh, reports Hindustan Times.
Modi is expected to reach Dhaka the day before the function, and will be the main speaker for 100th birth anniversary of father of the nation and founder of Bangladesh Mujibur Rehman. Bangabandhu was also the father of the Prime Minister Sheikh Hasina.

During Hasina’s tenure, India with the Bangladesh government are taking strong action against pan-Islamic terrorists and radical groups such as the Jamaat-ul-Mujahideen Bangladesh.Both the countries closely cooperate on the border with annual interactions and regular information exchanges between the Border Security Force (BSF) and Bangladesh Rifles (BDR).