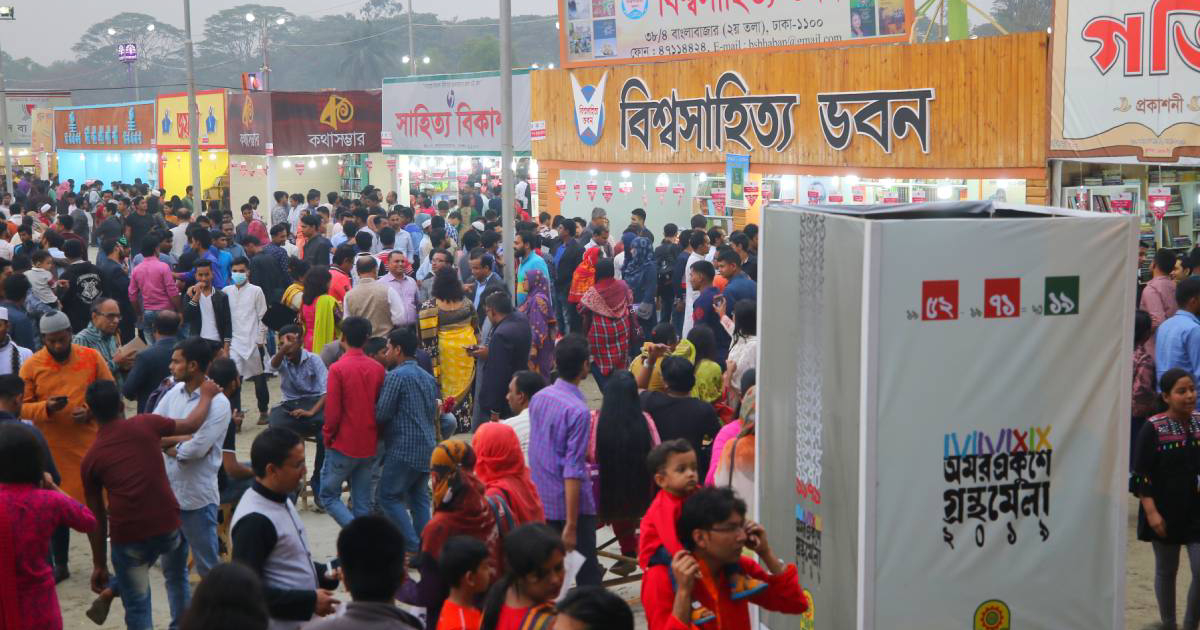 The annual Amar Ekushey book fair on the Bangla Academy premises and the adjacent areas will commence in a grand way hosting the highest number publications.

Bangla Academy disclosed details of the fair at a press conference at the academy on Thursday.

Prime Minister Sheikh Hasina will inaugurate the event on the first day.

Prime Minister Hasina will distribute the award among the recipients at the inaugural ceremony.

This year, the fair is set to begin on February 2 instead of February 1 due to elections to two Dhaka city corporations.

The month-long book fair is arranged every year in February commemorating the sacrifices of people who laid down their lives on February 21, 1952 for establishing Bangla as mother tongue.

Salam, Barkat, Rafiq, Jabbar and a few other brave sons of the soil were killed in police firings on the day when students came out in a procession from Dhaka University campus defying section 144 to press home their demand for the recognition of Bangla as a state language of the then Pakistan.

He said the organisers have been working hard to support the publishers for smooth installation earlier.

He said the fair will be dedicated to Father of Nation Bangabandhu Sheikh Mujibur Rahman while his life and works will be showcased in the fair in different ways marking his birth centenary.

Seminars will be held at the main stage of the fair venue at 4pm every day from February 3 to 29 followed by cultural events. The seminars will hold discussions on Bangabandhu and books written on his life and works.

Like the previous years, the venue has been extended to nearby Suhrawardy Udyan.

The authorities have allotted 179 units at the Bangla Academy ground to 126 organisatons and 694 at the Suhrawardy Udyan to 694 organisations.

The fair venue was first extended to Suhrawardy Udyan in 2013 to accommodate more participants.

There will be strict security arrangements in and around the venue to avert any unpleasant incidents.

Publishers from across the country will come at the fair with a wide variety of books while Bangla Academy will exhibit 104 newly printed and reprinted books.

Director General of Bangla Academy Habibullah Siraji said Bangla Academy is ready to arrange an organised and decorated mega event for the book lovers for a month.

He said the academy has set the theme of the fair as ‘Birth Centenary of Bangabandhu’ as it is a very big opportunity for them to arrange the book fair focusing the theme.

He also sought assistance from the publishers, book lovers and visitors to keep the fair vibrant and clear.

The fair began informally in 1972 on Bangla Academy premises but the academy officially took the responsibility in 1978 to organise the book fair every year.

It was then named as ‘Amar Ekushey Grantha Mela’ and a guideline was laid out in this regard in 1984.