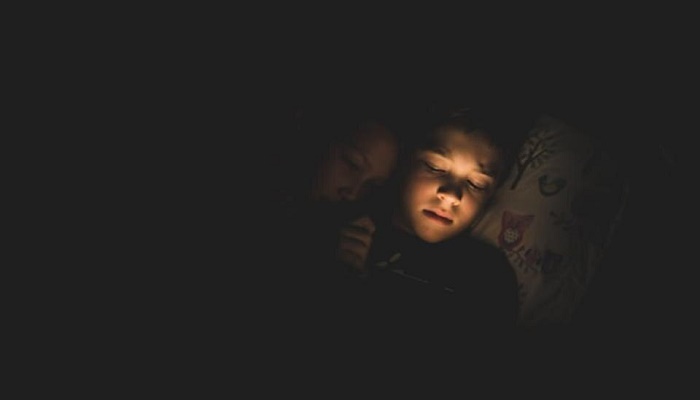 Children’s vulnerability towards depression, anxiety, impulsive behaviour, and poor cognitive performance could be determined by considering the hours of sleep they manage to get.
Sleep states are active processes that support the reorganisation of brain circuitry. This makes sleep especially important for children, whose brains are developing and reorganising rapidly.In a study by researchers from the University of Warwick — recently published in the journal Molecular Psychiatry — cases of 11,000 children aged between 9 and 11 years from the Adolescent Brain Cognitive Development dataset were analyzed to find out the relationship between sleep duration and brain structure, reports ANI.

The study was carried out by researchers Professor Jianfeng Feng, Professor Edmund Rolls, Dr Wei Cheng and colleagues from the University of Warwick’s Department of Computer Science and Fudan University.

The reduced brain volume of areas such as orbitofrontal cortex, prefrontal, and temporal cortex, precuneus, and supramarginal gyrus was found to be associated with the shorter sleep duration.

Professor Jianfeng Feng, from the University of Warwick’s Department of Computer Science, comments: “The recommended amount of sleep for children 6 to 12 years of age is 9-12 hours. However, sleep disturbances are common among children and adolescents around the world due to the increasing demand on their time from school, increased screen time use, and sports and social activities.”

A previous study showed that about 60 per cent of adolescents in the United States receive less than eight hours of sleep on school nights.Professor Jianfeng Feng further added: “Our findings showed that the total score for behavior problems in children with less than 7 hours sleep was 53 per cent higher on average and the cognitive total score was 7.8 per cent lower on average than for children with 9-11 hours of sleep. It highlights the importance of enough sleep in both cognition and mental health in children.”

Professor Edmund Rolls from the University of Warwick’s Department of Computer Science also commented: “These are important associations that have been identified between sleep duration in children, brain structure, and cognitive and mental health measures, but further research is needed to discover the underlying reasons for these relationships.”

2020-02-10
Mr. Admin
Previous: Coronavirus outbreak: Much of world’s factories still shut
Next: Winning ICC U-19 World Cup is a gift for nation in Mujib Borsho: PM

Hair oiling mistakes that can lead to excessive hair fall

Lesser-known benefits of stretching for your body and mind