25 students hurt as CU bus falls into ditch in Chattogram 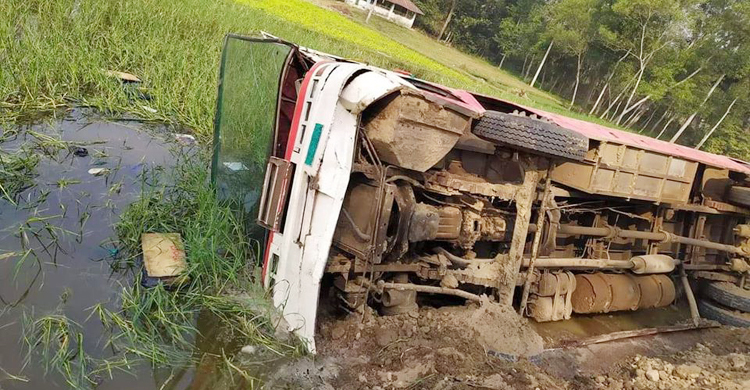 At least 25 students have been injured as a bus of Chittagong University overturned and fell into a ditch at Maniapukur area in Hathazari upazila in Chattogram on Thursday morning.
The identities of the injured could not be known yet.

The accident took place at Chairman Ghata of the area around 9:30am. The bus carrying CU students fell into the ditch while giving space to another bus coming from the opposite direction.Twenty-five students were injured, said Masud Alam, officer-in-charge of Hathazari Police Station.

Of them, 12 were sent to Chittagong Medical College Hospital.

The students were heading towards the university from Fatikchhari, said CU Proctor SM Manirul Hasan.